I have this image in my mind. A tent. Not the modern nylon and aluminium variety, but more the wooden pole and deerskin covered type. The ones you you see in movies about American Indians. That is how I see the Trump presidency. 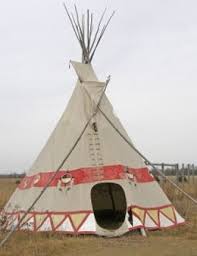 Nobody thought it would stand but sure enough, the teepee managed to find a place to sit, and has proven impervious to all sorts of storms. So how do you pull it down?

The current investigation team are probably having the same thoughts. The thing is, the whole construction will inevitably collapse, but people are not seeing it yet. There is an air of impatience.

If you look at how the tent is constructed, there are lots of wooden poles that lean against one another and support the whole structure. They each rely on others to balance against. Sure, you can lose one or two, and it will still stand but suddenly the covering starts to flap and weakens the remaining poles. This is what is happening to the Trump edifice.

The team investigating the Russian influence on the election started by putting James Comey front and centre. He removed the first pole when he said Trump had tried to influence the FBI. When Comey would not agree, Trump sacked him. One pole gone. The President’s honesty took another hit. All he can talk about is leaks to the media from Comey, not what he did to Comey.

Next drag out the meeting between his son, son in law, and campaign manager with known agents of the Russian government. The meeting breaks the law even if nothing was revealed about Hilary Clinton.

I am sure the Trump defence will be that since nothing came out about Clinton the whole thing should be forgotten. This is a bit like a thief saying I am innocent because when we broke into the safe, it was empty.  So, another pole gone. Now Donald Trump Jr and Jarrd Kushner are potentially liabilities. If they are not forced to resign, they will undoubtedly be forced out of the spotlight.

Next to collapse has been Sean Spicer. The man who thought he could sell bullshit to cows, has fallen on his sword. Naturally he got a pat on the back from Donald which no doubt helped the fall. The tent is starting to flap a bit now which weakens the other poles. 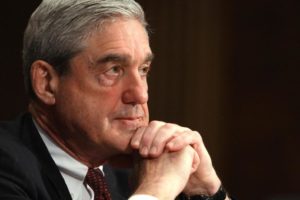 We need to remember who special counsel Robert Mueller is. He is not some political hack who is expected to not shake the boat. This man is an ex head of the FBI, and considered one of the top investigators in the US. He has surrounded himself with a team that would frighten Al Capone. He has people who go back to the Nixon impeachment.

Lead investigator is Steve Gaudin. He searched around the world before finding Khalfan Khamis Mohamed in South Africa. KKM was America’s number one terrorist responsible for bombing US embassies and a key figure in Al Qaeda. Gaudin flew to South Africa and, over nearly two months, set a trap that resulted in KKM being arrested.

Also on the list is James Quarles who is a lawyer colleague of Mueller. Quarles worked on Watergate as an assistant special prosecutor.

Another on the list is Andrew Weissmann, Mueller’s one-time general counsel at the FBI and a long-time adviser who once led the Justice Department’s fraud unit. In the early 2000s, Weissmann also oversaw the Enron Task Force that investigated the complex machinations of the failed energy giant.

Michael Dreeben is another recruit from the Justice Department. He argues the government cases to the Supreme Court. He can argue a complex matter to the Supreme Court without a single note. He is described by his peers as possibly the most brilliant criminal appellant lawyer of his time.

Mueller has taken time to put together his team. He has taken time to assemble the evidence. The skills of his team are beyond anything seen in modern times. It doesn’t matter how long it takes to sink Trump. Success will only happen if you start with the right foundations, and those foundations take time to build.

His approach is to dismantle the tent, pole by pole. Make sure every step is considered and indisputable. As each pole is removed, there is less strength in the whole structure. Eventually it will just collapse on itself. In the words of Paul Keating when referring to John Hewson, “I am going to do you slowly mate”. 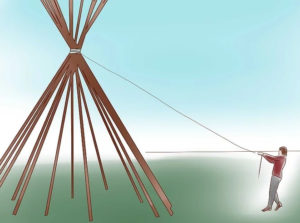 What is to come

The old adage of “follow the money” seems to be the next in the queue. Trump first started investing with the Russians in the late 70’s. His association with Russian money – some of it undoubtedly illegal – goes back almost 40 years. Within all that there are probably enough scandals to have a dodgy second-hand car salesman fired. I am sure that behind the scenes, Mueller is digging up the dirt, and putting it in a nice neat pile to use in the investigation.

There are already enough obvious business related bits to kill off most politicians. Ivanka Trump’s company won China trademarks the day she dined with the Chinese president. Having Donald Trump Jr manage his affairs while Junior holds a key role in the government. Use of his own resorts to host international events rather than official residences. Imagine the money that flows into Trump Inc from the government when he hosts International leaders? His political dealing with Russian when he has business deals pending with the Russians. Any other politician would be out by now and never again allowed into a government building .

If that does not remove enough tent poles, what else might there be? Mueller has not even started on how he ran his own election. Given his style, please raise your hand if you think there were not questionable, or illegal things going on during his election. I don’t have to say put your hands down. There is nobody with their hand up.

Surrounding all this are the media who have been black listed by Trump. They are not going to lie down and hope things somehow turn around. They will be actively digging to find anything they can use against him. They broke a few of the stories around the Russian meeting, and the gung-ho email response from Don Junior. What else is there to come out in the next few months?

So now we just sit back and watch it slowly collapse. The termites are in the tent poles. Progress may seem slow at present but there is movement in the fabric of the tent as poles disappear. The more poles that go, the quicker the pace of collapse will be.

How will Trump react? “Fake media” will only take him so far. You cannot keep attacking the press as they progressively desert him. Gradually the printing presses will turn on him. As he starts to look more of a fool, my prediction is that he will declare his work done and resign.

If you look at his business career, he gets to a point where he cannot recover then jumps overboard and starts again. He has been bankrupted a few times then jumped off the ship only to rise in another career. You cannot be bankrupted as President. I suspect he will use his influence to set up deals for a future life after politics then resign.

It is becoming evident that he cannot deliver his promises. He cannot get rid of Obamacare. Bizarrely he has some in his party who will not support him because he has not gone far enough, and others because he has gone too far. It shows a party split.

He has done nothing to build the Great Wall of Mexico. His attempts to stop travellers from certain Arab countries is tied up in court. His own party are divided and the majority seem to want to constrain him. He has pulled out of the Paris climate accord and yet there has been no surge of jobs in the US. Then there are mid term elections next year. There must be a lot of Senators looking at other employment opportunities.

Those who voted for him will continue to see nothing happen. Their lot will worsen and he will lose the remaining public support. If Mueller doesn’t get him, I predict he may well jump himself in the next year or two.