The fog of terrorism is descending on Australia.  We are all safe, but ……

Of course you can trust the government.  The government is showing leadership aren’t they.  They are fighting the evil ISIS.  Just keep answering “Tony Abbott” when the survey company asks “Preferred PM”.

There are a number of issues, and I will start with the obvious.  Why are we actually assisting the US?  In fact, why is the US there?  If you look at it rationally, the Islamic State is no worse than Nigeria’s Boko Haram or terrorist groups in Sudan.  The USA is not intervening in those countries.  Why the inconsistency?

Could it be something to do with minimising the impact of the withdrawal of troops from Iraq over the last few years?  When is someone going to stand up and say
“Bush stuffed up.  We should never have been in Iraq.  All we achieved was to galvanise hate against a meddling western coalition.  We are not the world’s policeman.”

Maybe we should think about what would happen if the USA simply said it is a middle eastern problem.  Let them fix it.  We are not getting involved other then to make a few noises in the United Nations.  This is basically what the US has done in Nigeria.  This is what they are have done in Israel.  Other countries in the region might start to get concerned for their own situation.  You might find Saudi Arabia for example would step in and fight ISIS.  Turkey and Iran might take up arms. 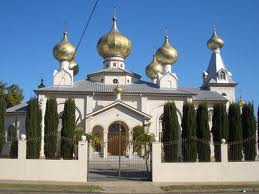 Another issue is the response by some Australians to Australian Muslims.  Start with the obvious.

Almost all terrorists are Muslims but almost all Australian Muslims are not terrorists.

If the police and intelligence are instructed by government to act on terrorist threats in Australia, that will involve acting against Muslims.  If there is a crime committed on a railway station, people on the station can hardly complain if police question them.

Some Muslim spokespeople seem to think it is unreasonable to be questioned by police.  Don’t blame the police.  They are doing what they are instructed to do by government.  Ask questions of the government.  Is the threat of terrorism serious enough for Abbott to have police seeking out potential terrorist acts?  Is the threat the safety of the general public, or to the approval rating of the Abbott government?

In a broader sense, why is it that the Muslim population of Australia generally regarded in such a negative way by so many people?  We are generally a fairly tolerant nation when it comes to religion but the Muslim religion seems to be an exception.

I think it is time for the Muslim leadership to clear some of the muddy water.  Remove some of the misconceptions.  Here are a few questions that need answering in a very loud and consistent voice:

They are forcing the mainstream Muslim community to adopt a siege mentality to protect themselves.  Almost every day you can read in the papers individual experiences of Muslims who have been attacked physically or verbally.  How they have been forced to retreat into their own communities just to exist in peace.  If there is one message it should be stop feeling threatened by someone who is different to you in some way.

There is no solution.  Religion has been used as a reason for war for centuries.  Terrorism is just a modern variation on war.  Things could be made better though.  How?  The government needs to take the heat out of the situation, not turn up the gas.  On both sides there is a lack of moderate talk with the exception of Malcolm Turnbull and the Greens.  The press seem to feel their only duty is to grab the negative and wind it up.  Could you imagine the Australian giving a front page to a Muslim leader to talk about the questions I raised above?  The only way it would happen is if a single point, out of context, could be represented as a threat to Australia.

If only there was a trace of leadership in Government.