When the budget crisis that the Liberals invented is reduced to it’s most basic, there are two questions to answer: 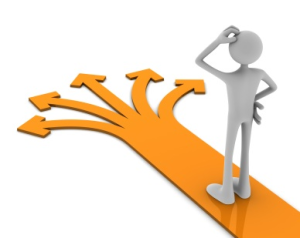 The first question has a high degree of consensus.  Yes, we have a shift in the working versus non working population as the workforce ages.  Falling birth rates are not providing the numbers to fill the places left vacant by retiring baby boomers.  There is both a skill and geographical gap between jobs and potential employees.  The world is still to recover from the GFC.  The majority of people accept that something must be done.  It is not an “emergency” but a situation we need to address over the next few years.

There are two main ways we can address the gap.  We can increase revenue, or we can reduce spending.  In other words, raise more tax or reduce government expenditure.  The current government has decided that the majority of the gap closing will be by reduced revenue.  Doctor co-payments, unemployment benefit cuts, university funding cuts, ABC budget reduction, etc.

Unfortunately they only want to talk about the first question.  They don’t want to talk too much about point two.  When asked about cuts to funding in a particular area, they almost always revert to talking about point one.  “We have a budget crisis and we are trying to do something about it”.

Sometimes you want to shake them and say:

“We agree something needs to be done. We just don’t agree with your proposal”.

Australia needs to be given some options.  How do you do this without vested interests driving the discussion?  My suggestion is to rely on the common sense of the general public.  I know it is radical but bear with me.

Let us say a government were to come up with a number of options for closing the expenditure versus revenue gap.  Each would show a broad figure for the potential savings, and each would be accompanied by the pros and cons.  For example, GST could be increased by X% which would close the gap by Y billion dollars.  These are the reasons in favour, and these are the reasons against.  The paid parental leave initiative could be scrapped.  That would save Z billion dollars.  Use an independent body to outline the reasons for and against.

I am not suggesting an opinion poll to determine the result.  What I am suggesting is a period of time for the options to be discussed in the media, and around the kitchen tables of Australia.

You would need to set the expectation that no solution was going to benefit, or be accepted by everyone.  Somewhere, someone is going to have to suffer.  The difference to current policy development is that people are given time to think about it, and make their own judgement.  Share decision making with the people.

Sure there will be lobby groups and disagreements.  Take a current example.  Major universities are supporting deregulation of their fees.  On the other hand, students and many of the public are pushing for current controls to stay.  What if we had regional debates about the proposal?  Would it do any harm, or would it make more people aware of the reasons for and against?  Would a period of months, for everyone to promote their view, make the decision more palatable?

So here is my suggestion to either party.  Put up a range of options for reducing the gap.  They can be suggestions you support or oppose.  It doesn’t matter.  Changes can span both tax increases and spending cuts.  Ask for Treasury to cost the measures.  Ask the public for other suggestions and cost those.  Obviously there will be frivolous recommendations but these can be easily eliminated.  Now have someone like the Productivity Commission put the case for and against each.  Release the revenue and cases for and against.  Encourage the media to generate discussion.  Hold meetings around the country to get input from the general public.  Run opinion polls to test the waters.  Finally, after three or six months, use the results as input to the budget.

You might ask why a government would not take this approach.  Well governments have their own drivers.  Each political party has a point of view that supports certain things, and rejects others.  They owe people for supporting them.  They give emphasis to marginal seat populations so they can be re-elected.  They are a group of people who have a common perspective.  That is why they are a single party.  In short, they have their own agenda.  That is why the wants and needs of the people who voted them in, can be very different to the wants and needs of the political party.  Handing over part of the responsibility for making a decision, means there is more of a chance the decision will be one they would not have made.  It is all about control.  Control and survival.

Would the media support this?  Sure they would.  Imagine all the column inches such a debate would fill.  Think of the polls they could run and generate mountains of newsprint.  Almost certainly they would have an agenda, but media is becoming more and more fragmented.  It is difficult to get your news from only one place.  In any case, if it is something that engages the whole population, comments from friends and relatives becomes an influence.

Does it make politicians more answerable to the public?  Unfortunately for the politicians the answer is yes.  If there was overwhelming support for an initiative from the public, and the politicians didn’t implement it, they would have some serious explaining to do.

Strangely enough, carrying out the will of the people has a name.  It is called democracy.