Back in the 90’s, I was working in a management role for a financial organisation.  There was a lot of excitement about a new scheme to set salaries.  The HR department wanted to use criteria such as number of people reporting to you, dollar accountability and budget under your control.  All related to your empire, and money.  Being a bit of a lefty, I objected.  What about skills and experience?  I had no problem with someone working for me being payed more than me.  If someone had invested the time and energy into education so that they could devlop particular skills and experience, they should be rewarded.  In fact, I argued, it created the situation where the only way to get a bigger salary was for people with a particular technical expertise, to abandon that expertise, and become managers.  It was the ‘Peter Principal’.  People are promoted one step beyond their capability.  This was neither good for the company or the individual.

Which brings me to doctors.  To practice medicine, you need to be in the top few percent of the population academically.  You need to give up a decade of your life to training.  As a student you have to absorb an enormous amount of knowledge.  As interns you work ridiculous hours for small financial reward.  You have to make life and death decisions and live with the outcomes.  By the time you get to settle into a job such as a General Practitioner, you are pushing 30.  Your peers have probably been earning a good salary and building a career for the last 5 to 8 years.

Why should you not be rewarded for your efforts?  Why should you not earn a salary above the median wage?  You have made an enormous effort to get to where you are.  More importantly, the value of your role in society is much more important than a merchant banker, or a business owner or a builder.  Your role is about life and death.  Health beats financials or business any day. 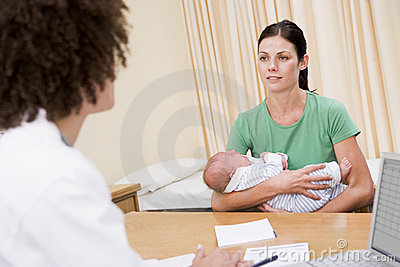 So doctors should be paid a salary well above the average wage.  You can argue that the fees charged by specialists and surgeons may be too high, and I probably agree, but we are talking here about your normal GP.  So what right does the government have to tell the GP that he or she has to reduce their income by $5 a visit?  Instead of being paid $37 a visit for bulk billing, they will be paid $32.  A mandatory price reduction of almost 14%.  What if the government asked us all to reduce our income by 14%?  Would we have an overwhelming desire to whisper a few quiet words in the ear of our local member?  Might we not take quill to parchment to inform the government we were in negative territory on the pleasure scale?

If doctors don’t reduce their income, the least able to pay for medical treatment, will suffer.  Sure they protect pensioners, children under 16, veterans and people in nursing homes, but what about those who have a chronic condition?  What if you have cancer or some other disease that requires you to visit the doctor a couple of times a week?  It can amount to hundreds of dollars a year.  Is the doctor supposed to reduce his or her income by a few hundred a year for each patient?

If it smells like a dead fish, and fails to swim, it is probably the stinking remains of a deceased aquatic creature.  Most likely a decomposing red herring.  On one level, if the fee is passed on to the patient, the government will criticise those filthy rich doctors who are jacking up their charges.  On another level, it turns the doctors into tax collectors for the government.

The reason put forward for the charge is that medical costs are unsustainable.  Another budget black hole in the making.  So these funds are going to flow into subsidising Medicare right?  WRONG.  They are going into a medical research fund.  Abbott will need to find another tax to offset medical costs.  Maybe another five dollar reduction to medicare payments next year.

There is an old story about a rich man walking down the street.  He sees a down-and-out guy with a sign. “Just $50 will feed my starving family all week.”  The rich man gives him $50.  Next day the rich man sees the beggar with the same sign.  “But I gave you $50 yesterday.  How can your family still be starving?”  “I went down the pub and spent the $50 last night.  Thank you very much.  The family are still starving.”

Now the doctor I see does not bulk bill me.  What will happen now is he will charge his normal fee and I get $5 less back when I do a Medicare claim.  I can afford it but lots of people can’t.  Unfortunately many of those who should be seeing a doctor more often, will find another reason not to see the doctor.  When they do eventually get sick with something that could have been addressed by preventative medicine, it will cost Medicare much more.  But I suppose that is in another election period when the current batch of politicians will not be around.  Best to worry about today, not tomorrow.

The whole saga is embarrassingly transparent.  The government is ideologically opposed to Medicare.  Has been since it was introduced.  Think of the profits that could have been generated by health funds if there were no Medicare?  This is the first step to slowly strangle free public medicine.  What is even more disgusting is that they are moving the blame to the doctors.  If I were a member of the AMA I would feel personally offended.  It is an insult to doctors as much as it is an insult to those who believe in free public medicine.

The big question is, will the cross benchers see it that way.