Thankyou for attending our Environmental Awards night recently.  Your generous contribution to our fighting fund is very much appreciated.  In particular, we would like to thank you for approving our status as a tax exempt charity.  Our supporters include all the top 100 companies on the ASX.  They appreciate the confirmation of our taxable status from the Prime Minister’s Department, after the trivial objections of the ATO.

You asked that we summarise the environmental and taxation issues we discussed over a couple of beverages late in the night.  It appears your aid was having trouble writing notes.  Probably damaged his pen when the bottle of 1950 Grange tipped over.  Good thing they still had a case in the cellar.  They don’t any more. 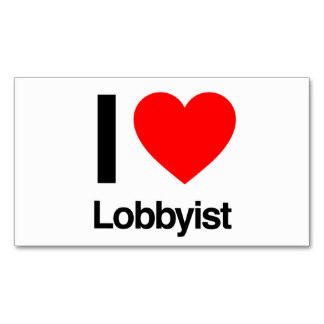 Firstly, the issue of nuclear power.  For those uninformed who think it is environmentally dangerous to have a reactor in Australia, we would like to point out that we do not intend to build one on the coast or near population.  That is why we propose to build in the middle of Kakadu.  You can’t get more away from civilisation.  I suggest you make the point in Parliament that if it is in the middle of Kakadu it is not a threat to man or beast.  The worst that could happen if we have a radiation leak is that we have a few three headed kangaroos or a ten legged cane toad.  It promotes genetic diversity which can only be a good thing.

Next the mining tax.  Our research proves that mining is like gardening.  Just as you aerate the soil by putting holes in it, mines are the same thing.  Just on a bigger scale.  The earth will be much improved if we dig more mines.

Think of Australia as a garden.  We are the gardners.  We don’t ask to be paid by the government for our work.  We dig the holes for free so the soil can be aerated.  We might make a few dollars on the side by selling a bit of dirt, but all this is done out of the goodness of our hearts.  We are ‘environmental diggers’.  Intent on making the Pilbara a tropical paradise.

On the subject of mining, it is not called mining by chance.  The hole in the ground is ‘mine’, and nobody should object to us souveniring a few rocks.

If we didn’t mine, we wouldn’t have ports.  If we didn’t have ports, we would have houses built all along the waterfront.  Think of the impact on land prices.  Everyone would be able to own waterfront and my 24 bedroom home on Sydney Harbour would halve in value.  You should be worried about your holiday shack at Kirribilli and so should the Governor General.  They could be snatched up by a developer.

Incidentally if you do need the name of a developer, give me a call.  Also remember I talked to you about the old Parliament House site.  Great for Canberra’s tallest building and a polo pony stable.

On another matter, the retailers of this country should be compared with hospitals.  They provide a medical service.  In a recent research project commissioned by BLAMELESS and carried out by our research offshoot ‘Digital Manipulation’, we conclusively proved that retail therapy is a better antidepressant activity than sitting in an outpatient department for six days.  As such, our major shopping centres wish to apply for medical research grants to carry out further studies.

Australia must become more productive.  The biggest cost for business is wages.  Not the salaries paid to senior executives but the wages paid to lowly workers.  To protect workers from being replaced by 457 visa workers from third world countries, we must cut their wages and do away with penalty rates.

We understand that after reading our proposal you did say there may be issues with slavery clauses in the Australian Constitution, but this is merely a wording amendment.  Perhaps we could call the workers “Live Assets”.  In fact one of our members had done away with the Human Resources Director and has a Live Assets Director (LAD).  People don’t need much to live on, just the staples.  We have a contract with Officeworks and can provide a box of staples a week.

On the Statue of Liberty they have the quote:

“Give me your tired, your poor, your huddled masses yearning to breathe free.”

This is our objective as well.  We want the masses to be huddled.  If they have done a good day and night’s work, they should be tired.  They may be poor in a monetary sense but rich in a sort of pseudo emotional sense…. whatever that means.  We will ensure they breathe free because we will not give them enough to buy cigarettes.

On the vexed question of taxation, we believe we need to draw on best practice from around the world.  In particular the Cayman Islands, Switzerland, Luxembourg and Bermuda. Some of the multinationals struggle under enormous debt burdens imposed by their head office.  They struggle to pay interest on those loans.  It is unfair to expect them to pay tax after they send all their profits back to a PO box in the Cayman Islands. 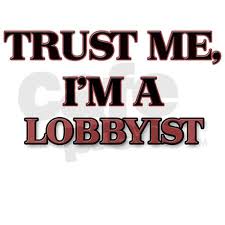 In summary, Australia is a land of opportunity and BLAMELESS want to take advantage of every opportunity.  We want to apply best practice to revenue harvesting moving forward.  We want a tax regime that focuses on quantity and quality.  It should concentrate on the quantity of payees while not impacting quality members of the community like us.

We want a lean government.  We want to cut red tape such as the Tax Office and Royal Commissions.  We want to be able to talk with politicians so they can understand our point of view and secure their future after they loose their seat.

We want to provide jobs for all, even if that means we have to employ double or triple the number of workers.  Of course they will have to share the current wage pool between them but if they believe in this country, they will do the patriotic thing.

Finally, we need to ensure every vote at an election is an educated decision.  As we all know, only a private school can provide an education.

P.S.  Hope you enjoy your new carbon fibre bike.  You should have received it by now.  We sent it to Canberra by private jet this morning.  At least you are promoting environmental transport options.