Perhaps it is the word ‘changes’.  Maybe ‘changes’is different to ‘adjustments’ or ‘modifications’ or ‘tweaks’.  If he had said “No changes, adjustments, modification or tweaks to Medicare.” he would have left Medicare alone.

I am also a little mixed up over the comment that “… the Liberal government believes in Medicare”.  Perhaps again, it is me again.  When they say ‘believes in’ perhaps they just mean they believe it exists.  Sort of like I believe in rickshaws.  I believe they exist but don’t necessarily want to use one or see them on the streets.

To expand on what Tony Abbott said, the full transcript should have been something like this. 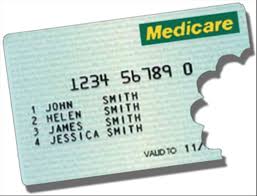 “I believe that Medicare exists but don’t want it to continue to exist.  I will not change Medicare.  I plan to modify, adjust and tweak the bloody thing out of existence.”

To attack an institution, you need to define your enemy.  This is called tactics.  You also need to be flexible in your tactics.  The government first defined the enemy as the ‘doctor botherers’.  Those sick weaklings who wanted the government to pay for their ill health.  The tactic to be used would be a $7 penalty for each visit.  The enemy in the Senate would have no truck with this tactic.  Time to change tactics.

The target now became those preying on the sick.  Doctors.  Make doctors the bad guys by forcing then to either collect the $7 fine for visiting, or paying the fine themselves.  That also seemed to upset the Senate.  Time to change tactics again.

If you can’t pass a law, find a loophole in the current law to attack both the ‘doctor botherers’ and the greedy doctors.  Finding a loophole is a technique used by businesses for decades to avoid paying taxes.  Even governments can learn from business.  Changing the regulations does not have to go through parliament so drop the payment for a visit under 10 minutes from $37.05 to $16.95.  But how to sell it?  These are the arguments. 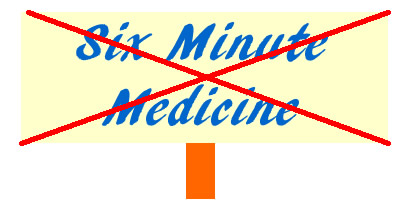 1. Remove ‘6 minute medicine’ (another three word slogan) where doctors rush people through their surgery to make money.  Unfortunately they forgot to check their research.  The Family Research Centre at Sydney Uni looked at this last year.  They found only 10% of visits were 6 minutes and the average was 14 minutes.  This had not changed in 12 years.

2.  Save 3.5 billion by 2017-18 and make Medicare more sustainable.  It is an old trick of politicians to treat everything in isolation.  If we don’t cut expenditure on something, it will be unsustainable.  It ignores the fact that expenditure can be moved from item to item.  Imagine saying that if we don’t cut our home electricity bills, we will not be able to afford electricity.  Maybe we cut back on social activities or buy a cheaper car to cover increased electricity prices.  Governments can do the same.

I know it is an ‘out there’ idea, but how about closing some of the tax loopholes for multinationals to pay for Medicare?  I know, I know.  Too radical.

So silly me again.  Still don’t understand.  The only two reasons I have been given have more holes than a lace exhibition.  I guess the only remaining reason is the modification, adjustment and tweaks to kill off Medicare.

So the reasons are more holy than a Vatican church, the tactics have caused so many gun shot wounds to the feet that barely a toe remains, but Abbott still wants to kill Medicare.  Let this humble scribe make a suggestion.

Go to the next election with a referendum to remove Medicare.  If it passes, it is more than a mandate.  It will be a sign that Australia is right behind you and you can avoid messy Senate confrontations.  If it fails, Australia will still be behind you.  If I were you I would be peddling as fast as I could before they catch up. Just remember, if they do catch you, there will be no free medical treatment.