The sheer incompetence of the Abbott government in negotiating the removal of the death penalty on the two Australians in Indonesia is embarrassing.  Veiled threats are hardly a way forward.  I saw a quote from a book which said

“If you want someone to give you something, find a way for them to hand it to you”.

That seems to sum up the approach that should be pursued.  Has anyone actually asked Indonesia what it would take for the death penalty to be removed for Chan and Sukumaran? 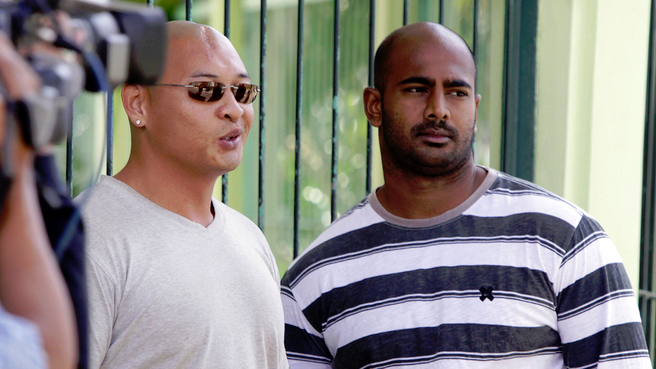 There are two issues.  One is the morality of the death penalty in any country be it the US, Saudi Arabia, China or Indonesia.  That is a long term struggle that is not really relevant to the immediate situation.  The second is the individual case of the two Australians.  What could we offer the Indonesians to reverse their decision without a loss of face to Indonesia?

If Indonesia’s reason for the death penalty is to reduce drugs in Indonesia, there seems an opportunity to ask the following question.  Are the two more valuable to the war on drugs, dead or alive?  Is there more they can do to assist the war on drugs if they are alive?  There is an argument that could be built along these lines.  They are already doing work in Kerobokan prison.  Would the Indonesian government be receptive to an investment by Australia in a rehabilitation facility within Kerobokan prison?  The two could work with drug offenders who were in prison for a period of time.  Rehabilitate offenders the Indonesian government was planning to release back into the general population at some point.

To add to this approach, perhaps the death penalty could be deferred for maybe 5 or 10 years to allow them to carry out the rehabilitation work.  At the end of the period, their sentence could be reviewed to see if the death penalty was still considered appropriate.

Another approach could also be considered.  The last I heard, we were holding a number of Indonesians in prison who were crew on refugee boats.  Some of these are of indeterminate age, and may have been children when sentenced.  Could these be returned to Indonesia as part of a deal to avoid Chan and Sukumaran facing the death penalty.

Has Australia looked at Indonesians facing the death penalty outside Indonesia?  Indonesia has proven it makes great efforts to repatriate their citizens if they are on death row in another country.  Can Australia provide diplomatic help for any Indonesians to be returned to Indonesia?  As a nations we are opposed to the death penalty.  Morally we should have no problem with helping any person avoid execution.

It might be considered mischievous but perhaps Indonesia may be more receptive if the offer were to come from Bill Shorten.  Tony Abbott has not won any friends in Djakarta and they may be more inclined to favour the Australian opposition rather than the Australian government.

All of these suggestions are a way to give Indonesia a reason, and the means to keep the two Australians alive.  It sure beats threatening them.