The dull and boring federal budget is now with us.  Not much to report.  Didn’t do much.  Seems the whole purpose was to avoid any criticism.  There are a few points worth noting however.

The $20k tax deductible amount is aimed at boosting small business.  If a small business is making a profit, and hence facing a big tax bill, this would help.  If a business is struggling, or making a loss, they would not be looking for a tax deduction.  This measure is not much help.  So we are supporting those who are doing well, but not those that are struggling.  Would you expect anything else from the Abbott government? 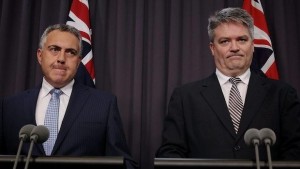 Another trend is creeping into the budget approach.  The linking of benefits to specific cuts.  Unless the Senate passes a certain piece of legislation cutting something, we cannot afford a certain benefit.  Now call me an accounting simpleton, but I would have thought that a cut to revenue could come from anywhere to fund new expenditure.  Is there some problem with taking money saved in, for example, defence and using it for child support?  Sounds like blackmail to me.  Unless you approve A, you cannot have B.  Must be just me.

Another thing missing is any funding for research and development.  Again I might be naive but I would have thought R&D was a great way to create jobs in the future.  It creates research jobs in the short term, and opens new industries in years to come.  Maybe R&D funding is too long term for Tony Abbott’s liking.  The reward may not come while he is still in power.

Similarly, Gonski is well and truly gone.  Giving the universities freedom to set their own fees is still on the table.  No money for trade education.  Give it all to the private sector.  So much for supporting education.  Next time you hear the Liberals talk about education, ask them to point out the increased funding in the budget.

Did not hear anything about supporting the South Australian shipbuilding industry either.  From what I can gather, they are still trying to find out if they can bid for the next generation submarines, or should just concentrate on paddles for canoes up a certain creek.

Another problem swept under the bulging carpet is support for older workers.  The sole action is to change “Job Services Australia” to “Jobactive”.  I am sure this will open up lots of opportunities for older workers.  Should do wonders to reduce prejudice against geriatric, over 50 job seekers.

One measure of the morality of a government is our level of foreign aid.  Currently we spend 32 cents from every $100 of our budget on foreign aid.  Before the last election both parties promised to raise this to 50 cents. The budget dropped it to 22 cents.  Anyone want to tell us how moral the Liberal government is? 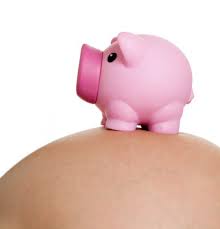 One of my favourites is the parental leave double dipping question.  Someone I know works for an organisation who pay maternity leave.  The good Mr Hockey tells us she should receive no support from the government.  That is double dipping.

So how to sum up the budget.  It does next to nothing.  No long term restructuring.  No short term stimulus.  No significant debt reduction.  No nothing.  Bill Shorten in his budget reply speech said it lacked a vision of where we were going.  I suspect Abbott will judge it successful if it is quickly forgotten.  “Nothing happening here folks.  Move on please.”  Sadly too many people will judge the budget by the eternal criteria.  “Am I better or worse off?”