Imagine this.  A school teacher sees a child being molested in the school grounds.  The teacher reports it to the Principal.  What would you expect to happen next?

The answer is this.  It depends where you are.  If you are in Nauru, and report it, you get 2 years prison.  In Australia, not reporting the incident, gets you a $5,000 fine.  Am I missing something?

The Abbott government is slowly strangling any channel of criticism.  We have already had Operation Sovereign Borders which was their excuse to say nothing about people smuggling.  If a tricky question arose it was called an “on water” matter.  No comment regarding “on water” matters.  Might threaten security.

Now we have the story that the navy is paying money to people smugglers to turn around.  “Can’t comment.  On water matter.”  In other words, just because you are a taxpayer, you don’t have the right to know where you money is being spent.  If our taxes are being used to bribe someone, I have a sneaking suspicion I might want to know about it.

There seems a dichotomy.  Paying money to bring people to Australia is wrong.  Paying them to turn around is OK.  Again, maybe it is just me.

Then we have Gillian Triggs.  In her perfectly genuine capacity, she discusses the plight of refugees.  Immediately Abbott and his government call for her resignation.  Given that response as a precedent, it is likely many journalists from Fairfax and the ABC will shortly be asked to resign for disagreeing with the government.  Alan Jones should be OK. 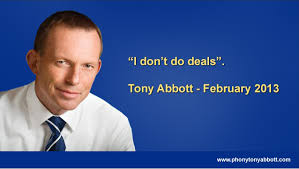 Over recent weeks we have the Trans-Pacific Partnership or TPP.  The TPP is a trade agreement being negotiated in secret between Australia, Brunei, Chile, Canada, Japan, Malaysia, Mexico, New Zealand, Peru, Singapore, the United States and Vietnam.  Yes, that was “in secret”.

There are rumours and a few leaks that indicate it will increase the price of medicines, challenge plain packaging for cigarettes, and reduce the amount of information on food packaging.  Wikileaks released details of the proposal for intellectual property which has all sorts of implications for Australian law relating to copyright, trademark, patent and data protection law.  Who knows what else.  Choice is concerned and trying to start a campaign to make the proposed text available.

The reason it is secret seems to be the government signed a non-disclosure agreement.  It agreed not to make any details public.  Agreed with whom?  It could have said we will negotiate but not in secret.  It could  have said that any sections that contravened existing Australian law will need to be openly debated.  More convenient to sign a piece of paper than to discuss a controversial trade agreement.  This is another dangerous precedent.

“No.  We cannot tell you anything about the budget.  We have signed a non-disclosure agreement with Treasury!” 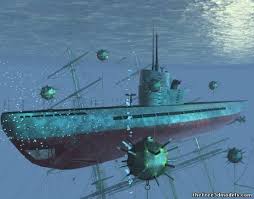 Submarines are interesting.  According to the government ASC cannot build a canoe so you would expect there is some government bias in place if more work is in the offing.

So there we have it.  In the space of a year this government has set a number of dangerous precedents for silencing criticism of controversial matters.

It is a slippery slope. Here is a hypothetical scenario.  The government decides to buy a US weapon manufacturer.  For some reason they want to own the company and have them make weapons for the army.  We have no idea why.  Joe Public cannot find out because:

Sound far fetched?  Which part has not happened already.