“Is that a leak?” asked Chairman Abbott during a quiet moment in the Cabinet room.

“Wasn’t me.” was the response from all present.  Several shifted uncomfortably in their chairs.  All except one who cannot be named.  He fiddled under the table with the digital radio so kindly provided by a constituent.  First race at Mornington due in 5 minutes. 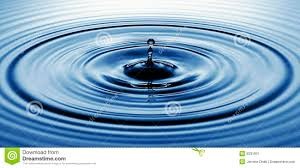 “Anyway, what was I saying before you all went quiet?  I remember.  My thought bubble to cancel the citizenship of anyone who votes Labor.”

Malcolm the moderate took another deep breath. “There may be an incy wincy problem PM.  Since elections are secret ballots, how do we know who voted Labor?”

“We could call it a security situation and make everyone tell us what their position is.” said recently appointed Admiral of the Fleet, Scott Morrison.  The new title sat comfortably with his other role as CIO TPAS (Chief Ignorer of the Poor and Starving).

Take their citizenship anyway.  Best to not take any security risk.  Nobody got voted out for being too tough on security.” said the Admiral.

“How will we know they are lying?” asked ‘Bookworm’ Brandis.  I am Attorney General so it will be up to me to hose down the High Court.

“Easy.” said Abbott. “They will be unemployed, poor, on welfare and not be Rhodes Scholars.  Joe can give some tips on how to pick a poor person.  No car, don’t want a good job, not a home owner.”

Somewhere that damm noise could be heard.

Drip, drip, drip.  Cabinet suggests anyone without a Rhodes Scholarship should not be allowed to vote Liberal.

“Moving on, is there anything else we should be hiding from the public?”

“Would be good if we could hide the fact the deficit is increasing.” said Smokin’ Joe who now wanted to be known as Hockey the Humble.

“Since the budget contains defence spending, maybe we can make it a security matter.  Operation Owe No Dough.” said the CIO.

“I know things are slow in the bush” said ‘Small Business’ Billison (also known as SBB to his friend “but I think that one might be running out of steam.”

SBB gained no support as his friend was not present.

“Produce more statistics.” piped up Mathias the Mighty.  “Find new measures to show things are improving.  We have Gross National Product and Gross Domestic Product.  Invent a measure called something like Net Internal Transactions Within Indigenous Territories.  Last year there was no statistic so if we can measure a few dollars spent on Aboriginal lands, we have a massive increase.  All good news.” 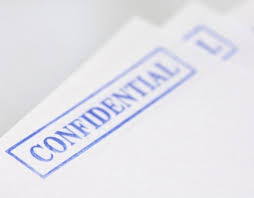 He who cannot be named leaned over to Malcolm the Moderate. “You know something about communications.  Can you get this radio to stay tuned to the races?  I have an each way bet on Lost Cause in the second.”

Malcolm sighed.  He did a lot of that lately.  A swift twiddle of the knob and all was well with the world.  Lost Cause was leading the pack.

“Now Kauri.” said the PM addressing the Minister for Education.

“The name is Christopher.  Christopher Pyne.  With a “Y”.” replied the Minister for Education.

“A lot of people ask why Kauri.  Now as I was saying.  I think we should introduce a new law that people have to pay to send their brats to school.”

“Doesn’t everyone pay now?” replied Kauri.  “All my friends pay for their kids schooling.  Who are the bludgers who don’t pay?”

“Probably the bloody poor again.  Left wing radicals.  It is a well known fact that the poor have been radicalised by the ABC.” Another gem from Smokin’ Joe.

“Remember the trouble we got into with the GP co-payment?”  piped up Malcolm the Moderate.

“You mean subsidising the Melbourne Grand Prix?” replied a just woken Greg Hunt.  Do all those cars driving around in circles come under my Environmental portfolio?  Think it is a good story.  All those people drive to the race and don’t use their cars for a few hours.  Think of the CO2 we are stopping.  Should go and wave the flag at the next event.”

“I was talking about the doctors co-payment Greg.  Caused Rupert to go hyper and Alan Jones had kittens.  Anyway we don’t want to repeat it with schools.”

“I always liked kittens.  I have a little Siamese called Gina at home.  Called her Gina because she is mine and she doesn’t share.” said a recently woken Susan Ley.

“Back to the school fees.” directed the PM.  Focused as always even though some called it obsessed.  “The genius of the idea is that we make the States implement it.  We just cut their education budget and the States have to collect the missing dollars from parents.  How good is that?”

Julie Bishop wiped a tear from her eye.  She thought “Bring back Peta Credlin.  At least she managed to keep him closer to the straight and narrow than he is now.”

“Lost Cause. Lost Cause. Go Lost Cause.”  Came a shout from the other end of the table.  A man with an earpiece was visibly agitated.  Either that or tired and emotional.

“Defeatist.” shouted the PM.  “Always negative.  Anyone think you were working for Labor.  Of course it will work.  Lets float it at my next press conference.”

“Can anyone hear that noise?  Think we need to call in a plumber.  Anyway, that’s all for today.  We meet again next week.  Lots to do…..  Wait.  I like that.  We need a new three word slogan.  How does ‘Lots to do’ sound?  We will talk about it next week.

Drip, drip, drip.  Abbott admits his government has lots to do.

Meanwhile, in a small office of a national television station, a group of reporters gathered around a small black speaker box.

“Great idea to give the Minister a radio transmitter inside a digital radio.  Clear as a bell.”

Therefore, send not to know
For whom the bell tolls,
It tolls for thee.

No man is an Island by John Donne