“Is everyone here for the cabinet meeting?” asked the chief Abbott.

“Is BB King coming to provide some entertainment?” said Abbott.

“Think he is dead PM.  I was talking about the other BB.  Bronwyn Bishop.  Although I think she would prefer to be known as BB Queen.  Sounds like her helicopter now.”

“This is a bit different PM.” said the Treasurer. “Holding a cabinet meeting in a plane.  Why are we doing that?”

“Too many leaks.  I suspect ASIO is bugging our cabinet room so thought I would outsmart them and hold an impromptu meeting in a chartered aircraft.” 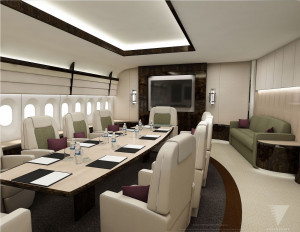 “Maybe we should have a new three word slogan. “Stop the Leaks”.  Fits in well with “Stop the Boats” don’t you think?” said an ever present PR officer.  “Incidentally PM did you read my suggestions for new three word slogans? “Stop the windmills”, “Curtail the climate”, “Terrorise a terrorist”, “Back big business” and my personal favourite “Mandate mixed gender marriages”.

“Wasn’t the last one four words?  The punters can only concentrate long enough to hear three words.  We will lose impact if we speak more than three words at a time.”

“I will get on to it.” said the PR advisor. “We can form a team at great expense to the taxpayer and test the concept.  About two dozen focus groups in scenic tourist locations should give us some idea if it will fly.”

At that stage the PA system started playing “All hail the chief”.  The cabin door opened and an imperious BB made her entrance. All bowed to her majesty as per standing order 28.4.3.

“Order.” she shouted.  A cabin service person stepped forward and took her order.  “Caviar and truffles” she demanded.  Should be plenty.  That Russian mining company I spoke to recently sent me a container. Sent an invoice at one cent a box.  Definitely below the threshold for declaring a gift.

“Now we are all here, we can take off from Canberra and hold our cabinet meeting in the sky.”

“Where are we landing boss?”

“Thought we would go to the Gold Coast.  I know a lot of you have to spend time with the white shoe brigade after they supported us so well at the last election.  Jamie and Lachlan are there too and wanted to talk to me.  Something about wanting us to build a new parliament house and using the current one as a casino.”

Air traffic was cleared around Canberra, and accompanied by a squadron of F18s to protect the valuable cargo from terrorist attacks by renegade unionists, the aircraft set off for Coolangatta.  Drinks were served in accordance with standing order 152.6.88.  A group of ladies recently retrenched from Hooters mixed cocktails for the Ministers.  Shaking the cocktails caused considerable excitement amongst the male members of the cabinet.  Two Bishops were seen muttering in a corner.  Something about a misogyny speech someone had once given.

“Down to business.  First item is about alleged trivial administrative errors in expense reporting.  Anyone know anything about this?”

“Probably something we should cover at the union royal commission.” said Scott, the son of a morris dancer.  He was a man admired for his commitment to fairness.

“No, no, no.  They are accusing the Archangel Bronwyn of rorting the system.  It is an attack not only on the speaker, but on religion.  How can you think a bishop would do something wrong? When she spent taxpayers money going to a wedding, she tells me she was investigating issues around gay marriage.  Had to see both sides of the marriage debate so she went to a straight wedding.”

“What about the helicopter PM?”

“You answer that BB.”

“Well you all know I am not as young as I once was.  Memory is slipping a bit. Thought I was still Minister for Defence Procurement and decided to test a new piece of equipment for the army.  We had flown for an hour before I realised I was no longer in that job.  I did the right thing and asked the pilot to drop me anywhere, and lo and behold it was at a Liberal fundraiser.  Silly old me.”

All this said with a fixed smile and a stare that would make Julie Bishop wilt.  In fact, Julie had tried out her death stare on Bronwyn once.  They had this game of look into my eyes and see who looks away first.  Fortunately emergency services were able to revive Julie.

“So no problem there.  Anyone else bought anything lately that needs explanation?”

“Does an island count?”

“You bought an island?”

“Only a little one.  And it is for good electoral reasons.  We are running some trials on detention centres. God knows Labor and the UN have been bleating about conditions so we are doing something about it. We needed an island to try out some better quality detention facilities.  Sort of a Nauru Part Two.”

“Should be no problem.  Where is the island?”

“In the Caribbean.  I am going to inspect it next week.  Should be away for about a month but I will write a report.”

“The press are snooping around my funding committee but it should be OK.” said Kauri Pyne.

“Remind me again how it works.  Last time you explained it I was a bit confused.”

“Very simple really.  The South Australian Liberal funding committee is registered in the Cayman Islands.  The ownership is split between a few companies in the Cook Islands and Switzerland.  One of the holding companies is registered in the name of the CFMEU although they have no idea they are involved.  Vladimir Putin is a shareholder in another company which should put the frighteners on any nosy regulators, then there is a holding company registered in Broken Valley.”

“I have heard of Broken Hill.  Is Broken Valley near there?”

“That is the beauty of it.  There is no such place as Broken Valley.  They can never find the holding company.”

“Joe, you should learn from Kauri.  The Menzies Institute is so 90’s.  Kauri, are you sure those companies who sponsor Team Australia know how to find us and show support for our fearless government?”

“Of course.  They can provide encouragement, in a monetary sense, through charity grants to the “Save the Wails” fund which is registered in Japan at the same address as a harpoon manufacturer.  If they get caught they can claim it was a mix up.  They thought they were donating to “Save the Whales”.

“How is the undercover operation going against Labor?  Uncovered anything yet?” 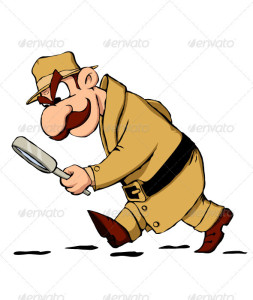 “Seems Penny Wong used her parliamentary allowance to buy some stamps.  Why would she do that in the age of email?  Surely she doesn’t still use snail mail.

Bill Shorten wasted taxpayers money having business cards printed with “Leader of the Opposition”.  I would think his position is so tenuous he will never get to use half of them.  Have to scratch out his title when the left roll him.  Maybe cut out the title and stick it on someone else’s business card.”

“Good work.  Keep up the fight.  I will raise these two disgraceful deeds in question time and ask for a no confidence vote in Bill.  Is that OK Madam Speaker?”

“Go for the jugular Anthony.  I am right behind you.  You can count on me to bounce a few Union bovvies out the door under standing order 584.9.1.  By the time I am finished with them I will get a promotion.  Change my name from Bishop to Cardinal.  Maybe even Pope.  Bronwyn Pope.  Has a nice ring to it.  Sure outranks a simple Abbott.”

An announcement came over the PA.  “Gentlemen, and any Ladies who might have snuck into this group by mistake, can you please resume your seats as we are coming in to land.  We thank you for flying with us today.  Unfortunately we will have to cut short the trip. The credit card limit for the PM has been reached.  In addition, the President wants Air Force One back as soon as possible.”

“Bugger.  How am I supposed to run a country into surplus if I have a limit on my credit card.”