In an autocratic country, people are afraid to discuss ideas.  Every concept that doesn’t fit with the state view is a potential point of punishment.  Think North Korea or Russia.  In Australia, our governments are losing the ability to discuss concepts for much the same reason.  A concept is a potential point of punishment.  Not in the sense of prison or death.  More in the sense of an attack by the other party, and punishment in the polls.  Abbott took it to a new level when in opposition. Now, nobody wants to drop it back, even one notch. 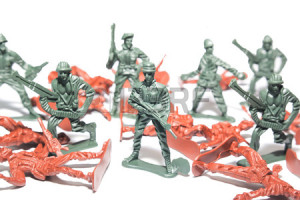 Float an idea like negative gearing or carbon trading and the other party will jump on you.  Newspapers take sides, and condemn anyone who speaks out of line.  Lobbyists line up to appear on the evening news. Some industrial groups even resort to multi million dollar advertising campaigns to fight for their vested interest.  How can we progress as a society when those who should be thought leaders are afraid to speak?  Is this any different to living under a dictator?

The current debate is about tax.  A leaked Labor party paper talked of carbon tax.  BANG.  Newspapers and the government united to say the leak is undermining Bill Shorten.  Abbott says it is just another version of the Carbon Tax that brought down Rudd and Gillard.  Another reason why the world will end if we vote Labor.  How can we have a rational discussion in this environment!

Another tax matter which seems sacred in negative gearing.  If any tax break needed discussion, this one would be at the front of the queue. No government will touch it because they think it would loose them votes.  Do we elect politicians whose first and only focus is to get re-elected?

Since I am not standing for election, I will talk about tax.

Fact one.  Governments don’t make money.  They redistribute money.  Someone pays tax, and someone – often the same person – gets a benefit.

A good starting point is to agree what benefits do we, as a society, want and what will they cost? The next question is, are we prepared to pay for those services?  Education, health care, pensions, roads, transport, defence, and a myriad of other deliverables have set a level of services we expect from government.  There is probably argument around the fringes, but generally most agree that the services we have are what we want government to supply.  Maybe even more.  So we have a broad cost.

We then come to the part nobody wants to discuss which is taxes. We are not collecting enough taxes at present to deliver the services we want. Leaving aside the issue of corporate tax avoidance, which is a whole other subject, let’s look at personal tax.

Before looking at particular taxes, what principles are important.  Here are a few principles I believe should set a framework for any discussion on tax.

So let’s look at a few of the major taxes.

Look at a simple example.  For the sake of the example, let’s look at two people who earn $55k and $275k after tax.  One earns five times what the other earns.  If GST is applied to everything, the lower page worker probably spends $50k just to survive, and pays $5k GST.  That equates to 9% of their income paid as GST.

The person on the higher wage will certainly buy more goods and services.  Suppose they buy double what the lower paid worker does.  They spend $100k on goods and services and pay $10k GST.  Maybe the rest goes into savings, or superannuation or investments.  So they pay $10k on an income of $275k which is 3.6% of their income as GST. This compares with 9% for the lower paid worker.  The more you earn, the less you pay in GST as a percent of income.

There are people who avoid GST by paying in cash, but it is one of the most effective in terms of difficulty to avoid.  Those who pay cash risk falling under the scrutiny of the tax office through increasingly sophisticated analysis of industries.

The argument is not if GST is a valid tax.  When it was introduced, there were many tariffs, duties and  levies on goods and services which were replaced by the GST.  So GST, as  it is, with exceptions for some goods and services is probably an OK tax.  If the range of goods and services covered, or the rate increased, it would fail the test of fairness.  Those on low incomes will be hurt more than those on high incomes.

Negative gearing is the other hot topic.  It is basically a wealth creation tax.  Think of it this way.  I have two sources of income.  One is my day job where I pay my normal amount of tax.  The other is an investment property where I get income, but also have expenses.  I make a loss.  So I can take the loss from one source of income and claim back tax from the other.

It is such a great investment, everyone wants to get in on the act. The result is increased demand which drives prices up. The same people who are making money from negative gearing and driving the market up, are complaining that their kids can’t afford to buy a home of their own. 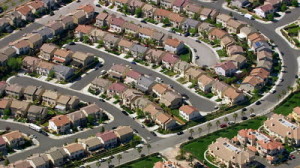 Which brings us to land taxes.  We already pay rent, stamp duty, land tax and capitol gains tax on property.  With the last two however, it does not apply to the family home.  If there was a single tax to replace all the ones mentioned, and it applied to the family home, how would that fit our principles?  It fits in with the more wealth you have, the more tax you pay.  It is hard to move your home to the Cayman Islands so avoidance is difficult.  It does take the investment shine off residential property.

Not only that but it makes people invest in productive rather than unproductive assets. Buying a house as an investment property does nothing to provide jobs or contribute to the GDP.  It sits there waiting for it’s price to go up.  Investing in land is like investing in gold or art.  On the other hand, putting the money into a company generates more income for the company, hence more tax paid and more jobs.  It is a productive investment. Also, people pouring money into a mortgage means that money is not being used to invest in productive investments that will boost the economy.

The usual argument against a land tax is the example of an older person who lives in a wealthy suburb.  They cannot afford to pay a land tax.  The answer is to accumulate the tax and pay it when the house is sold.

Another aspect worth considering is the lack of sense in stamp duty.  If stamp duty is a tax to fund infrastructure (roads, sewage, transport, parks, etc.), why is it levied only when a house is purchased?  To take an extreme, if someone owns a house 20 years they pay stamp duty only once.  If the neighbouring home is bought and sold each year, it pays 20 times the amount.  In other words, one house is paying 20 times the amount for infrastructure that the other house is paying. How is that fair?

On the downside, introducing this model would likely cause property values to plateau or decline.  Reduced demand means no big price increases as we have seen over the last few years.  Less attractive investment means less money from offshore which in turn feeds into less demand.  If the government wants to attract money from overseas to invest in new real estate, do it through investment funds that build, and sell new buildings.  Restrict foreign ownership of those buildings.

In summary, GST is a regressive tax.  A regressive tax is one that decreases as a proportion of your income the more you earn.  The poor pay more than the rich.  On the other hand, a land tax and the removal of the associated tax breaks are progressive.  The impact the rich is as much, if not more that the poor.  They increase as your assets increase.  Someone who can buy a $500k home pays a quarter of someone who has a $2m home.

I may be wrong.  I may be out of step with the population, but I will never know unless we have a debate. An open discussion without a shock jock response to every comment. Can politicians attack the idea without attacking the man or woman?  I doubt it.