The government says it is a waste of money.  ASIC has all the power it needs.  In fact they are giving ASIC another $61m.  That is after they cut the funding by $141m a few years back.

The Lord giveth.  The Lord taketh away.  Blessed is the name of Morrison. 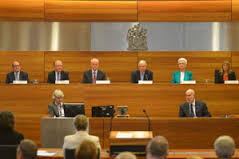 If Labor want a royal commission they have to market it.  Make it simple for people to get their head around it.  How about the “SCREEM Royal Commission into Banking”.  Should hit a note with the general public.  SCREEM outlines the terms of reference.

I will run through each topic for investigation.

Structure. How is the industry structured?  How does one part of the business rely on another part to operate.  For example, how does an investment part of the bank rely on the insurance side of the bank, if at all?  How should the banks be structured to best protect consumers?

Culture.  We have already seen many examples of a sales driven culture which encourages corruption and misleading information.  A blind eye is turned to complaints by whistleblowers until the ABC steps in and does a 4 Corners program.  How bad is this culture, and what can be done to change it?

Regulation.  Are the existing laws and regulations sufficient or even effective?  If they are, why have we not seen more action against banks breaking the rules?  Do we need to revamp the laws to provide better protection to consumers?

Ethics.  There are many questions about ethics that need answering.  For example, what ethics do the banks impose on their staff, and how are they monitored?  When ethics are breached how do banks respond?  This issue is related to culture, but which is the chicken, and which the egg needs to be investigated.

Enforcement.  Why does ASIC take so few cases through the courts?  An obvious one is the cut in funds.  Another is the legal fight ASIC would probably take on against a bank which is prepared to fund a whole generation of barristers’ children through private school.  Do we have the right enforcement mechanisms?  Are the penalties sufficient?  Should Directors go to jail rather than the odd “bad apple”?  Is ASIC the right body to be taking legal action?

Management.  It seems to have become a game to senior bankers who finally have to ‘fess up to a consumer ripoff. “It was a few rogue operators.  We will conduct a full internal enquiry.  Those effected will be compensated.”  Then nothing happens for a few years.

Paperwork is perused at a stunningly slow pace.  External consultants are engaged to unearth the blindingly obvious.  Anyone who has left is likely to be tarred and feathered.  Procedures are documented and filed away.  Commercial in confidence settlements are made so nobody knows what level of compensation has been paid, or to how many people.

As long as the share price is not impacted, the review and fix is declared an example of how well the banks can manage themselves.  Perhaps we need to find a better way to manage complaints against banks that have an impact on many people. 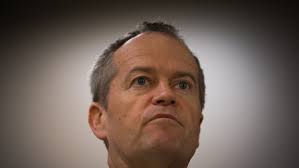 The astute reader might have deduced that I would love to see a royal commission into banking.  Does anyone really think we have uncovered all the major scandals within the banking industry?

Oh you do.  The tooth fairy told you.

The government wants ASIC to handle everything.  ASIC to decide if it is actually effective or even needed.  Does it have the skills or legal right to investigate things like culture or ethics in a bank?  That is why a separate royal commission should be set up.  I think Bill Shorten is onto a winner here.