The people we label “terrorist” presumably bring terror to our lives.  Terror is defined as “extreme fear”.  So do we suffer extreme fear when we think about terrorists? 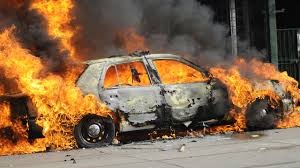 I recently spent some time in Paris.  For a week I travelled every day to Saint-Denis where the terrorist attacks took place a few months back.  Soldiers with automatic weapons were visible which seemed to be more about closing the gate after the horse had gone walkabout.  I felt neither very secure or extremely fearful. It started me thinking.  Is the term “terrorist” really a true reflection of these people?

I have been to the Lindt Cafe in Sydney where two people died in a terrorist related incident.  I felt no fear. So where is the terror?  Perhaps in the newspapers.  Perhaps  in a market place in Pakistan where a few weeks ago 69 died.  Perhaps in Brussels where 32 died or Paris where 130 died. Yet why should I feel fear.  Very few locations experience two terrorist attacks.

The thing is,  in the western world, the chance of being in a place where a terrorist will strike is about the same as winning the lottery – twice.

The key thing about a terrorist attack is that it usually results in tens of people dying, and generates pages of newspaper stories and hours of television.  Ask yourself this question.  If 32 people died over two weeks in Brussels through an event outside their control, would it make the front page of newspapers internationally?  Definitely not.  The road toll in Belgium in 2014 was 887 or around 17 a week.  One terrorist attack equals two weeks road toll.

The so called terrorists are gaming the system.  Kill a group of people in a spectacular fashion, and media fall over themselves to report it.  Andy Warhol called it 15 minutes of fame.  Terrorists call it promoting their cause.  In a bizarre way, it seems more driven by the ISIS marketing department than by their military arm. So the terror, or extreme fear, is not so much real as generated by media to fill the newspapers and television programs.

Are these people terrorists or are they something else?  I think we should label these people for what they are.  They are trying to impose their beliefs on the rest of the world.  There is only one way of life and anyone who is not a believer must die.  A far better name for them is “Intolerants”.   The tolerate no alternate view to their own.

From the day when two cavemen went club to club over what colour to paint all the caves, society has had to learn to tolerate the views of others.  We cannot live together if we demand everyone thinks exactly as I do.  That is not a society.  That is a science fiction movie about cloning.  We are born with the ability to think freely and it is a fundamental social condition to allow people to think differently to one another.  The only condition should be that it does not hurt another.

We should stop thinking of ISIS as terrorists.  Terrorism is a nasty marketing technique.  These people are “Intolerants”.  If the media reported bombings on page 25, the impact would be lessened.  If the reaction was private rather than public, the cost of organising a bombing would be not worth the result.  It is not about killing disbelievers. It is about grabbing the front page.

In any case, if you think of these people as “Intolerants” you start to see them in a different light.  They are people so limited in their ability to think, that they cannot take on board other points of view.  Cannot sensibly debate their view against an alternate view.  Too frightened to be intellectually challenged.  Intolerance is another word for a closed mind.  An insecurity.  A fear of being challenged.  A need to cling to something even if you don’t understand it.  A compulsion to belong to the club.

The extreme fear is in our minds.  It is put there by the media.  The problem is that we react to this imagined fear by demanding the government impose restrictions on society.  Soldiers in the street; arrest anyone suspected of being a terrorist; deport them; give government access to our emails and phone calls.

The intolerants are winning, and we are letting them do it because we think of them as terrorists.