“So you’re a lobbyist for the NRA?”

“Sure am, but don’t get us mixed up with the National Rifle Association.  People get us confused.”

We are the ‘Nother Reality Association.”

“Can you explain what you do?”

“We help people see things in another way.  A sort of ‘nother reality.  For example you may think mining is bad.  We see mining as releasing the pressures in the earth’s core so the planet doesn’t explode.  Minors are saving our children from being blown into space.  Hell, they even call kids minors out of respect for them hole diggers.”

“Then you have people trying to avoid war.  Do you have any idea what war does for the US arms industry?  We sell weapons to both sides and the economy booms.  Bring on another war and rescue the US economy.”

“Since you have the same name, do you do any lobbying for the National Rifle Association?”

“We came up with the line that guns don’t kill people, people kill people.  Brilliant.  Got a few other campaigns in the wings.  How about  “If you really love your mom, give her an AK47 for Mother’s Day.  Protect her from those mother fuckers.”

“My favourite is our ‘guns in government’ campaign.  Colts in Congress.  Why shouldn’t Congressmen carry guns in the Congress?  To not allow guns in Congress is plain discriminatory.  What would happen if some crazed madman tried to shoot a Republican?  Don’t worry about the Democrats, but the GOP needs every man they can get.  Maybe we could loose a few women, but the men should be able to protect themselves.”

“So why are you in Australia?”

“Brought in to sort out a few political issues.”

“This crazy same sex marriage thing.  Do you know it is perpetuating inequality of the sexes?  How can you have equality of the sexes when you have two boys tying the knot?  It is a slap in the face for women.  It means no woman is good enough for those boys.  Just who do they think they are?  If I was a woman I would be deeply insulted.”

“Another campaign is against agism.  We should respect old people, not throw them out on the scrap heap.”

“That sounds something I could agree with.  Did you have anyone in mind?”

“Yeah.  Liz.  Is she too old to be your president or whatever you call her?  Cause not.  Still in her prime but some upstarts want to throw her out and become a republic.  Disgusting if you ask me.”

“On the international scene, I see the NRA work for a few other industries.  One is oil.”

“The oil industry is one of the biggest contributors to humanity.  Hell, they should be a charity – for tax purposes at least.  Can you imagine all the squeaks there would be in the world if it wasn’t for oil?  And what about vaseline.  Can you imagine all the friction burns we might all have if it wasn’t for vaseline?  Boy, you should get down on  your knees and pray to Texaco every night.”

“What about the alcohol industry?”

“One of the biggest fighters of illegal drugs.  Imagine this.  No alcohol.  Them Mexican cartels would have to charter jumbo jets to fly in all the drugs needed to replace alcohol.  People would swap margaritas for marijuana; chardonnay for cocaine; Heineken for heroin.  The alcohol industry is doing more than the US DEA.”

“Ever done any work for the Catholic church?”

“One of my best clients.  Pell is swell.  Never goin’ to hell.  Some of them pedal file priests disgust me, but as they say in the bible, God moves in mysterious ways.  Their actions are just a reminder to regular catholics that they are not that bad.  Sure they might swear or steal or fondle your neighbour’s wife, but how bad is it?  Them priests put it all into perspective.  Regular catholics start to feel good about themselves.  It is a sort of communal spirit lifting service.”

“I also hear you are doing some work for Donald Trump.  Is that true?” 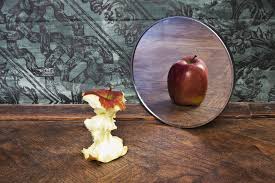 “We are thick with orange man.  Got a few ideas that can help him.  You have to understand that people vote for him because they are sick of politicians.  They are sick of democracy as it is.  We need a new type of democracy, and we have the answer.  Snapshot voting.”

“What is snapshot voting?”

“Well, you take a snapshot.  Next day when you look at it, and compare it with the real thing, it may be different.  Our idea is that the politicians vote on Monday, and by Tuesday the whole situation might have changed.  If President Trump decides Tuesday is different, he ignores the vote and does the opposite.”

“Not much need for the house or Congress then.”

“You hit the nail on the head. Another idea is that since elections are every four years, Congress only meets every four years.  Have an opening ceremony, vote on a few pieces of legislation using snapshot voting of course, have a long lunch, then do some shooting practice in the afternoon.  Those folks who make cruise missiles have offered a test firing for each and every senator.  Pick a target, dial in the coordinates and pull the trigger.”

“You said you came to Australia to sort out some political problems.  Who invited you?”

“Your leader of course.”

“I said the leader.  The puppet master, not the puppet.”

“Turnbull is the puppet?”

“Different puppet to Tony Abbott.  Just Abbott with a touch more grey matter.  When the puppets changed, did you notice anything else change? Cause not.  Same strings but different puppets.”

“So who is the puppet master?”

“Off to see her now.  Think I can hear the helicopter.  She likes helicopters.  Don’t know how she gets into one with that beehive hairdo.  See you in another reality.”