Very occasionally someone puts up an argument against something that sounds like it was constructed by a three year old trying to explain away a broken plate. That “very occasionally” has surfaced. Objections to the royal commission on banking. If the banks don’t come up with “the dog ate my homework” the Liberals are saying “aliens stole my homework”.

So why do we need a royal commission. Let me count the ways.

Firstly most of the banks have had major scandals involving consumers being ripped off.  Rather than resolve the issues, they embark on a long process to evaluate issues at a rate something in excess of one a day. They never own up when they make a mistake. It takes a whistle blower who usually looses their job and will probably never been employed in the industry again.

Secondly, they claim there are five government bodies who overseer their operations. The Banking Ombudsman; the Australian Prudential Regulation Authority (APRA); the Australian Securities and Investments Commission (ASIC); the Reserve Bank of Australia (RBA); and. the Australian Treasury. Rather than a reason to avoid a royal commission, this is a reason to hold one. Surely there are overlaps and gaps in the oversight with so many bodies looking at the banks. Where is the efficiency? Where is the responsibility? Is there duplication? What falls between the gaps or spans several regulators? Surely we can do things better.

Thirdly, the vertical integration. Basically this means the banks create financial products, sell them and manage them. Wherever there is vertical integration, it is an impediment to competition. With consumers tied up with one bank, they are unlikely to get independent advice. We rely on financial advisers to do what is right for us, not what is right for the adviser’s employer.  Would you ask for medical advice from a doctor who must achieve sales targets for a particular pharmaceutical company? That is what happens when you make an over the counter inquiry at your bank.

Four. Collusion. The banks are too smart to be seen talking to one another, but products are awfully similar. Rates are all in the same ballpark and there is little difference in the marketing of the banks. Where is the bank that strikes out on a new marketing strategy? It is all about image rather than substance. We care about you more than our competitors. Yeah. Right. 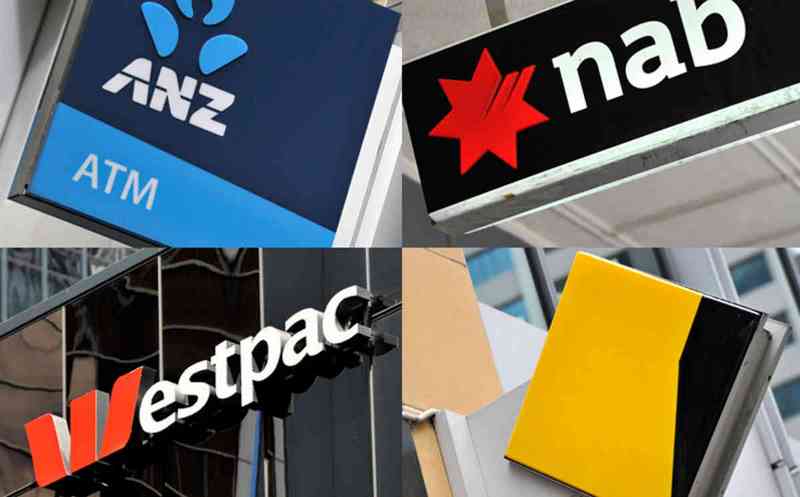 Five. Credit cards. Credit card rates are exorbitant. Anyone care to argue the opposite? Not only that, they have not reduced at the same rate as other loan products. The bank says they have cheaper options if you don’t like your current rate, but where is the 6% credit card? The lower the rate, the higher the annual fee. The lord giveth, the lord taketh away. Blessed be the name of the bank.

Six. Shareholders before customers. The banks are among the most popular investments at the moment. Why? They pay good dividends. In other words, they make very tidy profits and pay them to shareholders. Shareholders (and I am one) would generally be unhappy if they cut their profits but when you make profits off a monopoly industry there is something wrong.

Seven. Exorbitant salaries to senior staff. Ian Narev from CBA made $12.3m last year. That is a quarter of a million a week. His base salary is $8.77m and the other $3.5m is bonuses. The justification is that it is just keeping up with his competitors. They all say the same thing and get a pay rise. A spiral into the wide blue sky. It is out of kilter with overseas countries so no wonder many of our top CEOs are from overseas. Pickings are good in Oz.

The bonus issue is usually a point of attack at AGMs. Unfortunately the wrong question is being asked. The question is not what did the CEO do to earn their bonus. The question should be, what would they have to do to not achieve a bonus. Things like financial scandals seem to have no impact on bonuses. Maybe be a serial killer might restrict their bonus.

Eight. The toothless parliamentary committee. Once a year the CEO’s have to spend a few hours in front of a parliamentary committee. Each committee member has 20 minutes. How far do you think that will go? Imagine a trial where the prosecutor was restricted to 20 minutes to make his or her case? This is not simple stuff. To get to the bottom of what happened will take months of investigation and days of questioning many people. It doesn’t even qualify as the shorts for a royal commission investigation movie.

Nine. One of the funniest excuses is that it will take years for a royal commission to complete, then there will be a report and recommendations. Could be years before legislation is in place.

So let’s take an example. The current royal commission on child abuse. Still rolling along. And the institutions identified have not done anything? Nobody has been prosecuted? Facilities have not been closed/updated/revamped?  Of course the banks will be falling over themselves to fix things before the royal commission gets to that problem. Nothing like saying “we did have a problem but we fixed it”.

Ten, and final point. It is too expensive. Let me pose a question. What would I like to see. A non binding plebiscite on gay marriage costing $200m, or four royal commissions on banks? Have to think about that one. Took about a nanosecond but give me the RC any day and pocket $150m change.

In spite of the banks muttering about threats to their reputation and the sovereign risk to Australia of a royal commission, I cannot see any good reason not to have one. It will be good for me and for you. It will cut through the cosy little relationship that has developed between financial organisations and make our country a better place to live. It will help ensure when we seek financial help, we get the best help possible.

That is unless holding a royal commission will causes an outbreak of bubonic plague. I saw that written on a bit of paper, but the dog ate it just before the aliens abducted him.