My favourite program on TV is Utopia. For those who have not seen it, Utopia is a comedy about a fictional government body responsible for Australia infrastructure. They are constantly hassled by politicians wanting to get their favourite infrastructure project approved regardless of the benefit to the country. Many of the projects are grand concepts on paper which are designed to never make it past the announcement of a major new government initiative.

The problem with infrastructure is that we all want it, but not the implications. We all want better roads, more public transport, faster broadband. We don’t want exhaust stacks or exclusive bus lanes on roads, or paying more for faster internet.

What is going on? 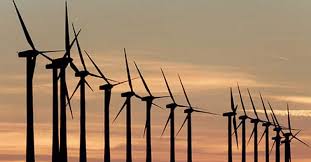 Start with a look at what infrastructure we currently have. Most infrastructure from roads, to water and sewage, to power supply, was built to meet the needs of the time, and maybe a little in reserve. Things change. Populations get bigger, buildings get taller, business centralises into CBDs. All these make existing infrastructure inadequate.

We also have the issue of global warming. Here are a couple of infrastructure problems related to warming:

The north of Australia is getting wetter, and the south getting less rain.

Think of the implications for crops and water. Think of the implications for transport – both road and rail. If new areas become food production areas, how do we store water, and transport crops around the country. We are already seeing some of this with the Murray Darling debacle. Four states are fighting over the water flowing in one river. We need new infrastructure, but what infrastructure? Until the government takes climate change seriously, that investment will never happen. 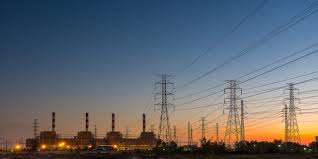 Unfortunately solar and wind generation areas may be best situated somewhere else. A solar plant might be better in a desert like area. A wind farm on hills. Those plants can be built, but there will be enormous costs to build the grid to transmit the electricity. In addition, all the grid infrastructure in the old coal burning power station areas becomes redundant.

In this state (NSW) we have had a history of major announcements, then nothing happening. Feasibility studies that take us nowhere. It took over half a century to build a rail link from the city to Bondi.

In the last decade that all changed. We had a government come in and decide to actually build infrastructure. You would think that people would be leaping for joy. Unfortunately, you cannot please most people.

We even had the Premier, Mike Baird, go to an election saying he was going to sell off the electricity poles and wires, and use the $20 billion to build the North West rail link, and the Westconnex motorway amongst other things. The people endorsed his plan by voting him back into government. Since then he, and his successor Galdys Berejiklian, added the west harbour tunnel and northern beaches motorway, the south western link, light rail from Homebush to Parramatta, and a range of other improvements

Now many of those people who voted for infrastructure spending are screaming. They want his successor to stop what they voted for. “I didn’t realise that tunnels would need exhaust stacks near where I live!”. Had it been somewhere else, the people complaining would not have worried. I suspect a bit of NIMBY (Not in my backyard) is at play here. Maybe even BANANA (Build absolutely nothing anywhere near anyone).

You can argue that things may be able to be done better in infrastructure projects. For example there are many stories of house acquisition which left people unhappy during Westconnex.

It is hard however, to simultaneously support the concept of democracy, and decry the things that were voted for by the majority of that democracy.

The focus should be more along the lines that we agree with what the majority voted for, but are unhappy about how it was implemented.

The usual argument against selling infrastructure is that there will be a profit motive driving prices for a utility. Governments get money from their utilities and have a big say in pricing. It is just not as obvious to the taxpayers.

I heard a story in the 1980s which made me appreciate the difficulty with the role of government in infrastructure. I have not been able to verify it, but have heard it from a few sources so expect it is true. 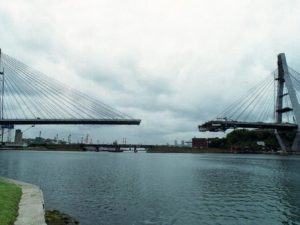 At the time the government was going to build the Anzac bridge at Pyrmont in Sydney, there is a cement works on the water within the bay which would be accessed under the bridge. The government reportedly approached the cement company to see any potential impact.

Cement arrived by boat and was unloaded at the terminal. Since it was close to the city, most construction sites in the CBD used the cement from this plant.

The cement company said their delivery vessels could not get under the proposed bridge. They were open to working with the government, but obviously did not want to destroy their business. The government said they would help the company find lower boats. That failed.

They then proposed moving the cement plant to another location. They were agreeable as long as it was near the city, and the government paid for the relocation. They found a site in Balmain which the government agreed to. People power kicked in and the people of Balmain said no cement trucks in our streets. The government of the day caved in.

The only solution was to raise the height of the bridge by 10 metres so ships could get under. And you think infrastructure is easy?

I have heard many people say we need to put less money into motorways and more into public transport. If you look at the motorway system built over the last half century, it is a wheel and spokes. Spokes run out from the city, and are linked by roads like the M7 which form circles linking the spokes. 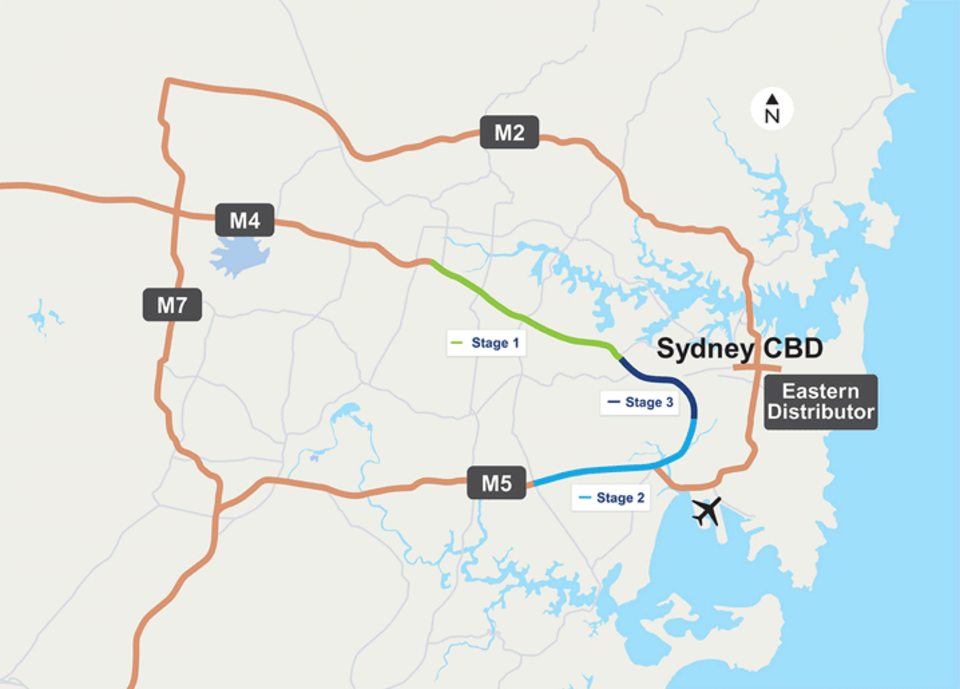 There has always been one bit missing. That is Westconnex. Up to now, the M4 ends short of Sydney as does the M5. Neither link with the M2 unless you drive out to the M7. To make the whole thing work, Westconnex had to be built. Unless it was, you had roads to nowhere. Stage 1 was to widen the existing M4. Stage 3 links it to the city  and Stage 2 links the M4 and M5.

The reason it was never built was the cost. And here is another thing about infrastructure. The closer you get to the centre of a city, the higher the cost.

Imagine another oft promoted piece of infrastructure. High speed rail. It has been talked about for 50 years. I have been on Japan bullet trains and they are brilliant. From the outskirts of Sydney to the outskirts of Melbourne or Canberra, is a relatively simple build. Vast areas of open land with little in the way of power lines or houses to worry about. The problem is the last 30 kilometres. You have to demolish a corridor into the city from the outskirts. I would suspect that 50% of the cost of high speed rail from Sydney to Melbourne would be the 30k sections at each end.

If you want to see what inner city infrastructure looks like, go no further than the light rail down George St in Sydney. The main street of Sydney has been closed for over a year while rail infrastructure is installed.

There are no reliable plans for what is under the city roads in terms of power, water and sewage. Every metre is a voyage of discovery. They have found infrastructure they did not know about. Phone and power cables no longer in use. Problem is you can’t just dig it up. You have to work out what each item actually does.

Plans for proposed rail links include pulling down multi-storey office towers in the centre of Sydney. How expensive and complex is that going to be?

Put yourself in the shoes of government for a moment. One project in the pipeline is the F6 extension to take trucks and cars off the congested Princes Highway and to link the motorway network to Wollongong.

The government put the concept up for discussion. There are two options. One is to run through the Royal National Park, and the other is to acquire and demolish 460 homes. There is significant opposition to both options. Whichever one is chosen, the group opposed to that option will be loud and damaging to the government.

If you were in the government shoes, which would you do? I suspect the answer is neither. Put it back in the too hard basket. Listen to people complain about how congested Princes Highway is. Let them complain about trucks. Do what most governments have done for decades. Nothing.

Another thing with infrastructure, is that in order to get an accurate cost, you have to do detailed planning. To do detailed planning, you have to make lots of decisions. To make lots of decisions, we want governments to talk to us. Unfortunately the second question is usually “What will it cost?”. (The first question is “How will it affect me?”.)

If you take the F6 Extension project, the cost cannot be estimated until the option question is answered. Suppose an estimate is given, it is going to be + or – perhaps 50%. When the real cost is finally calculated, there is an immediate outcry of a budget blowout. The rollout of the NBN is a prime example. Nobody knew the state of copper wires much less which method (FTTN, FTTP or a combination of HFC and fibre) would be used. Constant changing budget estimates have as much to do with political changes to delivery as to faulty cost estimates. 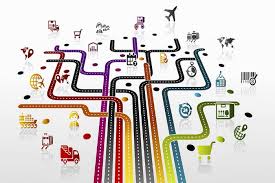 Infrastructure is hard. We cannot just build public transport, because trucks, and tradies, and sales people, and people running their kids to school need roads. We cannot manage water without looking at how climate change will impact agriculture and cities. We cannot build electricity generation, or solar/wind farms until we work out how generation and transmission will fit together. And that is before we start on airports, ports, internet, waste management and a thousand other things.

I would like to see us have a bit more patience with government who actually want us to have new infrastructure.

Infrastructure is bound to cause disruption to the lives of some people, to provide benefits to many more. Some of those disruptions happen during the build, and some are dislocation and some are suburban changes.

It needs an overarching strategy which takes time to develop. Perhaps not as long as climate change strategy is taking, but national or state strategy involves much discussion and alternative views being debated.

It has to be paid for, and tolls go some way to doing this for roads. In NSW selling assets and collecting stamp duty have given impetus to the current wave of infrastructure projects. Other ways include taxes, tolls or increased charges.

Sydney for example has 4 million people. About half are taxpayers. The F6 extension will cost $18 billion. That is eighteen thousand million dollars or $9,000 for every tax payer in Sydney. And that is before we start on maintenance costs. How do you fund the F6 plus all the other transport projects at the same time?

There is however an alternative. We do nothing, and gradually grind to a standstill.