The headlines say it in different ways but it all boils down to the same thing. Wage growth has stopped. Wages are going backwards when compared to inflation. Wage growth is around 2% whereas inflation is running at 3.1% The government tells us jobs and growth are going ahead in leaps and bounds but wages? Not much mention other than to say employers should pay more.

And jobs should be going ahead in leaps and bounds.  In the year to March 18, the number of people looking for work increased by 3%. Of that 1.7% was new people over 15 coming into the workforce. Another 0.8% was people deciding to participate in the workforce. For example, mothers returning to work or people who had retired, returning to work.

It is not just in Australia. Wage growth has been stagnant to falling in the US for decades. That is if you are at the bottom of the wage scale. If you are at the top, happy days. Executive wage growth is soaring. So what is going on? 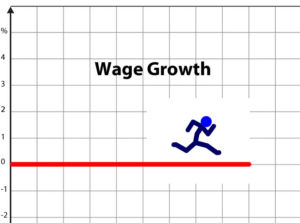 It is sometimes good to start with a blank piece of paper. Imagine we sit down and design a typical company. You have a range of skills from the cleaner to the chief executive. What is the value of each? To turn the question around, how much money should you pay to ensure the role each person fulfils is actually fulfilled?

So now the company is established. A year goes past and a salary review takes place. Who has the bargaining power? Not too hard to see this one. The cleaner has no leverage and gets a pittance if they are lucky. The CEO has lots of leverage and gets lots of money. And so it goes over the years.

At some point, the total of all wage increases starts to get too big. The company executive has to make a decision about which part to squeeze – the top or the bottom people.  Selflessly they decide to sacrifice their own wage increases so those at the bottom of the pay scale can get more.

Using the same logic that created the pay differential in the first place, they decide they are more valuable so they deserve more. Also, there is the argument of relativity. All their peers in other organisations are getting big increases so as to match their peers and keep them in the organisation, they need bigger increases.

If times are good, they can point to the growing profits. Claim success for bringing more value to shareholders.

If times are bad they point to the struggle to keep the company viable. All that pressure of cutting costs and firing people.

In most cases, the boat is probably just rising and falling with the economic tide. They are not changing the waterline of their boat. It neither floats higher nor lower in the water. It is just that they are able to make the better argument to increase their wages. So the gap between high and low pay increases.

That is how a company works if you design it from a blank sheet. Does it change in reality? Not usually.

But this is not the only reason. There are a couple of other things in play.

The decline of unionism is a big one. No longer is there a counterweight to the companies. Unions have been disseminated for a number of reasons. Some are self-inflicted through either corruption or being over militant. Others relate to the casual workforce who do not see a need to join a union when they will move on in a few months.

Another reason for union decline is the subtle restrictions imposed on unions by the government. We even have a government department to hunt out corruption in the unions. No longer can unions go into a workplace to see if the members are receiving the correct pay. Witness Caltex, and dozens of other franchises paying below the minimum wage. Over the last two years, there have been numerous examples of companies not paying correct wages. Does anyone believe it no longer happens? If unions were to be able to perform their proper role, much would have been uncovered decades ago.

In tunes gone by, unions were able to negotiate pay rises across industries. Now, most people have to negotiate their own pay rise. No longer strength in numbers.

I mentioned casual work. Employers say casual work suits many people. In 1982 the proportion of casual workers was 13% It is now around 25%. Using casual workers has a lot of attraction to employers.  There is truth in that, but it obscures a couple of impacts on wages. 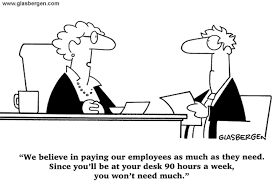 Firstly it also suits employers. Get the number of people you need when you need them. Manage your staff in the most cost-effective way.

Thirdly, it develops a fear. Complain to the company, and you will either have your shifts cut, or lose your job. No recourse to unfair HR practices. It is much more subtle than that. The compliant get the most shifts; the complainant the least. Ask for a raise, and you might not get the same amount of work.

The next reason is cynicism. Employers say “Why pay more? They will only leave and go to another job”. Employees say “Why should I stay? They do nothing for me”. I am old enough to remember when companies treated employees as though they were there for life. Training formed a big part of gaining the trust of employees and showing them they were being prepared for the next step in their career. Training today is more likely to be to meet industrial requirements or to increase their productivity today. Very little is about showing employees that they are being groomed for a future role. Instead of looking forward to a career path, many look forward and see pending redundancy. No wonder they are cynical. 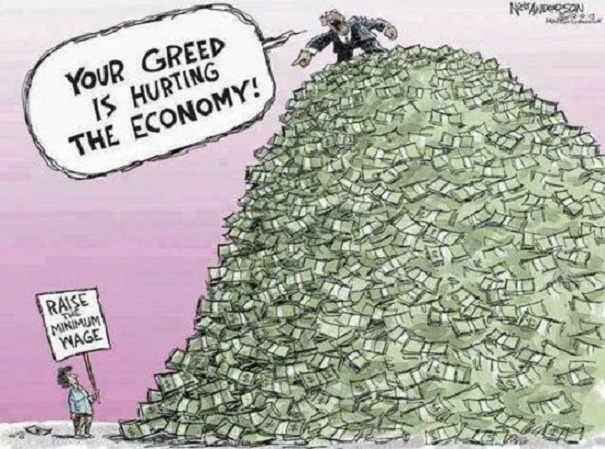 Bill Clinton’s famous quote of “It’s about the economy stupid” crystalises corporate thinking. It is all about the bottom line. What can the shareholders can get out of the company? That comes in two parts. What they sell, and how low they can get costs. In times of economic uncertainty, it is easier to attack costs than increase sales. The CEO may be amply rewarded for struggling through the GFC but workers don’t get the same reward. They are the cost-cutting part of the equation. The CEO is not going to get his or her bonus if they increase wages for the workers. “It’s not about the people stupid”.

Another thing I am old enough to remember is when companies set their annual budgets and had a percentage allocated to wage rises across the board. When I say “across the board” I am not talking about the company board. Everyone got around the same percentage increase. Some might have got a small performance increase or decrease, but most people got around the same figure. Now it is more about how low can we go. There seems no such thing as a base increase unless you call zero a base. It is common practice to provide no increase, or an increase well below inflation unless there is some compelling reason to pay more. Being able to rely on an “inflation plus” lift in salary is no longer the expectation.

Finally, another reason for low wages is us. You and me. We demand the lowest prices for everything. No concept of a fair price. If it is on special, or discounted or end of season stock, we prefer to buy it over the full price product. We never stop to think that by driving prices down we are squeezing margins to a point where companies look to cut costs. Employees are often the main part of a product or service. If we pay less, there is less to pay wage increases. Sure, there is the argument that if we paid more it would just go into the company as profit. It is true, but some might find it’s way into wage increases as well. 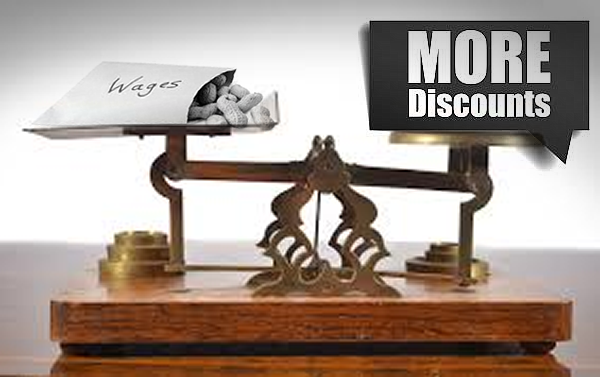 At another level, we want the best possible returns from our super or investments. Do we ever stop to think that those returns come largely from company profits? Company profits come from the money we pay for goods and services. So we pay money to get a return on our investments. There is something bizarre about that, particularly when we want to pay less money for ‘things’ and expect a bigger return on our investments, and bigger wage increases.

When will wages improve? When some of the following happen. When we strengthen unions. When we stop squeezing every last cent out of the goods we buy. When companies start treating casual workers as cannon fodder. When a curb is placed on executive salaries.

Sorry, but I have to go now. I have to catch my dinner. The pigs fly overhead at this time of night.