It seems the standard summary of every government infrastructure project. is “Over time and over budget”. How can they get it so wrong we ask? Well, this is an area I know about. Years of being a project manager have taught me a few things about budget creep and missed deadlines.

To explain it I will use a hypothetical infrastructure project. Each of the challenges I mention can be traced to a real event. Hopefully, at the end of this post, you will have a bit more sympathy for the government of whatever persuasion.

You might also understand the issues that a project manager faces, and the compromises that need to be made. Some problems are foreseeable in retrospect, but most come out of the blue. When managing projects myself, I always said, “If you have a crisis early in the morning, it gives you time to prepare for the crisis in the afternoon.”

Here is our hypothetical. The government of the day decide to build a road tunnel from point A to point B. The tunnel will be 10km long and alleviate one of the most congested parts of the city. People have been talking about a tunnel for decades and this is the first government to actually decide to do something about it. 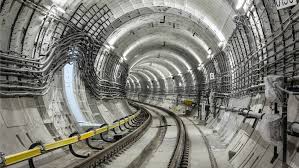 We are at the concept stage. The first few months of the project being considered. There is no point in trying to keep it a secret. It is inevitable it will leak to the press. Some sort of announcement has to be made to stop wild rumours. The government asks their infrastructure people to come up with a budget and timeframe. Unless they do, the press will crucify them.

“New Project. No timeframe, no budget.”

There are probably options that need to be examined. There may be a shorter route with more houses to be repossessed, versus a longer route with fewer houses. A number of exploratory holes need to be dug to understand the composition of the ground. Tenders need to be called for various parts of the project. All this will take 6-12 months to complete.

The government decides to use some generic information. On average tunnelling costs $100m per kilometre.  Ten kilometres will cost a billion dollars. Add in $100m for repossessing homes, $100m for planning, $100m for changing existing roads to link with the tunnel, plus a contingency of $200m for unforeseen costs. You are now up to a $1.5 billion project.

Timing is a year to plan, six months to excavate the tunnel, and another year to finish off the roads. Total two and a half years.

So the government goes to the people with a plan to build the tunnel.

Work starts on planning. A route is decided, and a number of homes need to be repossessed. 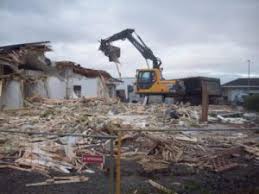 The inevitable opposition occurs from the people to be displaced. There is one significant property owned by the Smith family. They will not accept any price for their home and start legal action. The Smith court action delays the planning phase as it works it’s way through the court system.

Just as the court action is swinging in favour of the government and a decision is imminent, the local council steps in. The council is of a different political persuasion to the government. They decide the Smith property has heritage value and classify it as a significant heritage site.

The planning stage has already been delayed for 3 months. Now the government is faced with a new series of court actions. The alternative is to relocate the tunnel to avoid the Smith property. This will make it an 11km tunnel.

The government decides on the lesser of two evils and changes the route. Cost increases are another $100m for the tunnel and $20m for the delay in planning and legal actions. The project has been set back 3 months due to the changes.

Holes are drilled every 200m to test the suitability for drilling. An area is found that will need special treatment. The soil is unstable and will need additional reinforcement. The additional cost is estimated at $200m. It will add another 5 weeks to the project. 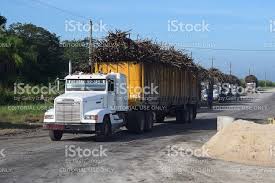 Earth from the tunnel needs to be taken away. Because of the change of the tunnel route after the Smith legal action, a community consultation process takes place regarding the number of planned truck movements. Eventually, after many weeks, it is decided there will be a limitation on truck movements. They can only occur between 7 am and 9 pm.

The limitation means that the boring can only take place 14 hours a day rather than 24 hours. The cost is blown out by $500m and delays by 4 months. Boring will take 10 months instead of 6 months.

Finally, a date to start boring the tunnel is set. The plan was to have two machines that would start at opposite ends and meet in the middle. Unfortunately, because of the delays, one of the boring machines can only be used for 5 months instead of 10 months. It is already assigned to another project after 5 months. One boring machine will only get a quarter of the way through when it has to be moved to another job. The other machine will have to drill three-quarters of the way through the tunnel. No change in cost, but it means there is a 5-month delay in completing the drilling.

The press asks for an update. If you remember there was a contingency of $200m. The government decides to remove the contingency, or in other words, use up the contingency on the overrun.  They announce the current budget and time are:

Work begins. Drilling is going well until they hit a major sewerage tunnel that should not be there. It should have been 100m from the hole. Investigation shows that in transferring the old paper records to computer records in the 1960’s someone misread the old plans. It was supposed to be 150 yards from a reference point but was entered as 50 yards. They missed the “1”. Work stops.

After much investigation, they decide to rebuild the sewerage tunnel and move it away from the road tunnel. Cost $100m and delay 3 months.

The delay has other implications. The company contracted to build the roads when tunnelling is completed are re-assigned to another building project in the private sector. When work is to commence on the roads, there are just not enough people available to do the work. 6 months was allocated to do the work, but now a premium has to be paid to obtain workers. Impact. Construction of the road was 12 months but is now 18 months, and cost increased by $400k 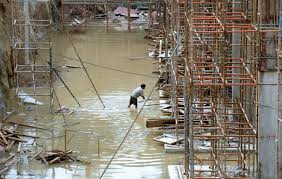 The boring is completed and roadworks begin. Unfortunately just as earthworks are about to commence, the city has the longest spell of rain on record. There is flooding in the tunnel, and the earthmoving works are delayed a month. Not only is there a delay of a month on starting roadworks, there is an additional month to clean up the damage before work can commence. Cost increases by $200m.

An ongoing fight through the courts has been going on regarding exhaust stacks for the tunnel. They could not be planned until the route was finalised, and then there was an objection to the decision.

Initially costed as part of the roadworks, they now have to be relocated. Instead of five stacks, there are now to be ten stacks to lessen the output from each stack. In addition, three of the stacks will be located some way from the tunnel, and exhaust has to be ducted through ventilation shafts to these stacks. The additional cost is $380k and it will take an extra 3 months to build.

Finally, the road is opened with much fanfare. The government is crucified.  Headlines scream:

“180% over budget and over two years late. How incompetent are these people!”

Then someone trying to defend the situation mentions the original contingency of $200m.

“Even more incompetent! Take out the contingency and they are almost triple the budget. Sack them all.”

So what would you do? It is not a matter of getting hammered by the press. It is a question of when do you want to feel the pain.

At the start of a project Governments, and private organisations for that matter, don’t know what they don’t know. They try to make allowances and qualify their estimates with “it may be plus or minus X% on the initial figure”, but nobody listens. It is easy to see why so few governments take on major projects. All they commit to are feasibility studies and vague promises to do something in the future. Better to do nothing than to do something and be criticised for the budget and cost overruns. 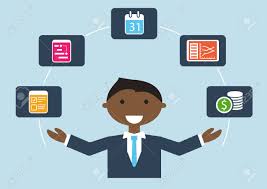 Next time you hear about a project being late and over budget, consider the problems that the project manager has to grapple with.

Have some sympathy for governments of all varieties. They work with highly skilled project managers, engineers and estimators. 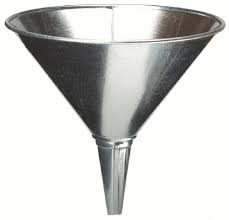 Think of cost and budget like a funnel. At the start, the funnel is very wide but as it progresses it gets narrower. Finally, it reaches the stage where it is close to a final figure. Concept costs are at the start of the funnel. Final cost is the end. Don’t demand of government that they give accurate estimates up front. They can’t. Just trust they employ people to do the best job possible.

Holding governments to a time and budget is counterproductive. They will try and take shortcuts to meet the original targets and you end up with an outcome that does not meet expectations. Understand that there may well be changes to dates and dollars, and let them get on with the job.

As a society, we face a decision. If we want infrastructure, it will be messy. You have to undo something before you can do something new. The impact on people and their homes, the disruption to some is going to be significant. The alternative is we sit at home and complain about governments doing nothing.  It is our choice.