Having laws is the problem.  It has changed how we see things. 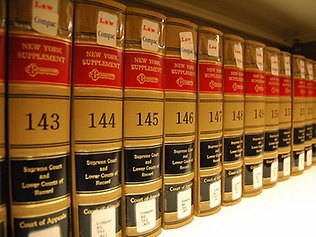 Let’s start with the first group of humans to ever try living together.  Way back in the distant past, there must have been some driver to bring individuals together into a village of sorts.  Maybe it was for companionship.  Maybe it was to become more efficient hunters and gatherers.  Maybe it was purely for breeding purposes.  We will never know the real reason.

The key issue is that living as an individual or as a family unit would not work at a social level without making some adjustments.  Some of the ten commandments need to be applied to avoid social breakdown.  Things like not stealing or not killing one another.  Not running off with your neighbour’s wife (assuming the first village was not an open commune).  Any of these could cause village civil war.

There must have been things that could not be done, and a deterrent for these things.  In Aboriginal society certain crimes were punishable by spearing.  In todays society, we have prison.  The first village probably had some general principles to live by, and punishment for breaking those principles.

I am guessing, but I would expect, those rules were never written down.  They probably were passed down by word of mouth, and understood in a broader context than the precision of a written word.  There was a certain morality applied to the words.

One of the most memorable parts of the movie “Lawrence of Arabia” is when Lawrence kills a young boy for stealing in order to avoid rival tribes splitting from the Arabian army he has stitched together.  Even though he had treated the boy as part of his family, and the punishment was out of proportion to the crime, he did it for the greater good.  That is something that cannot be written down as a rule.  It is a moral interpretation of a situation within a framework of general principles.

Somewhere along the way, we lost that ability to interpret.  We started writing the rules down and calling them laws.  The real problem was somewhere along the way, we started thinking that if something was not in contravention of a written law, it was OK.  If we took an action that was morally wrong, but it did not break a law, it was fine to do it.

Even worse, while spectators to that action may have felt uncomfortable, they did not feel the person committing the action should be stopped.  Their reaction was to call for another written rule to cover this situation.  Only then would the action stop. 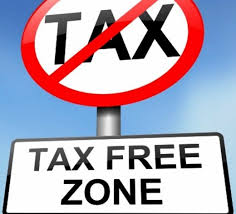 To some practical examples.  Consider the game played between the tax office and tax avoiding multinationals.  The current high profile case is the movement of money to offshore tax havens to avoid paying tax in Australia.  Would anyone argue it is not morally wrong?  I doubt it.  The defence from the companies involved is that it is within the tax laws.

They never argue it is morally right.  That would be impossible to do.  The reaction of most Australians is to call for new laws to ensure the practice stops.  Should laws define morality?  Do we seriously consider organisations can do whatever they like unless they break a law?  Conversely, do we believe every single thing that is morally wrong can be covered by law?

Taking the last point, think about speed limits.  What the law says is that on a certain road, you cannot exceed 60 kph.  You do 61 kph and you are breaking the law.  Now that limit applies in day and night.  In fine weather or foul.  Driving a current model car with lots of safety features, or driving a 100 year old vintage car with mechanical brakes on the back wheels only.  So the rules say I can drive my 1920 vintage car at night in a hailstorm at 60 kph and that is OK.  I cannot drive my brand new Mercedes with all the latest safety features, in the middle of the day, in bright sunshine at 61 kph.  That is illegal.

The point is that a written law cannot cover every possible situation.  Tax laws try to do it, but as quickly as new tax laws are created, new techniques emerge.  The tax act is around 9,000 pages.  Britain reached 11,500 some years ago.  This number excludes findings which are judgements on shades of grey within the act.  Imagine if every judgement was decided on a single question.

“Is it morally right or wrong?”

How do we change?  Not to get to a perfect world because this will never exist, but rather to get to a world where morality has a place.  Somehow we need to make companies act morally.  Companies need to be exposed for their immoral activities and punished.  Not punished necessarily by fines and prison, but rather by damage to their reputation and income.  There is a nascent movement to change company reporting.  Unfortunately it is only starting to be taken seriously.  Instead of just financial reporting, companies need to report on questions such as:

If you take the top 200 entities (countries and multinational companies) in the world, a quarter are companies.  It will take time – probably decades – but companies need to be judged in the same way as countries.  We need to stop looking on them as profit making machines.  We need to start seeing them as entities with both a financial and moral duty to shareholders.  Wait a minute.  Aren’t we shareholders through our investments in superannuation?  Maybe we should start asking questions.