We all have opinions we truly believe at the time.  We also get things wrong from time to time.  Maybe we didn’t completely understand the situation, or maybe there were unforeseen circumstances.  Sometimes, what seems like a simple option, has layers of complexity we didn’t understand because we were not intimately involved in the area.  In forming those opinions, we often rely on what we see, hear and read in the media.  Other people’s opinions.

If we take a recent example such as support for remote Aboriginal communities, you will find many different views on what should be done.  They range from fully funding the communities, to withdrawing all support.  On the side of funding the communities are people who say we should respect the Aboriginal connection with the land regardless of the cost.  On the other side some argue for no support on the basis of equality.  If a non-aboriginal cannot expect to be funded in a remote community, why should anyone?  Isn’t this just the downside of equality for the Aboriginal community?

I have no problem with a person who has a well reasoned opinion based on the facts as long as that opinion is truly held.  I do however have a problem when a person expresses an opinion that is 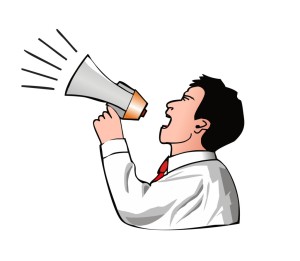 not truly held.  A person who expresses an opinion for money is not someone who should be respected or taken seriously.  Unfortunately, they are often taken seriously by the media and consequently by people who have not thought much about the topic.

If you have a particular leaning – left or right – you will probably gravitate towards an organisation that supports those views.  We are highly unlikely to find Rupert Murdoch as a union organiser.  Nor is being a whistleblower in a bank likely to advance your chances of getting on the board.  It is likely that people who holds a personal view that aligns with the organisation that they work for, will be spokesperson for that organisation.  Jennifer Westacott speaks for the Australian Business Council.  I have no reason to doubt she expresses her personal views which align with the council.  Dr Cassandra Goldie is head of the Australian Council of Social Services and when she speaks, I expect she believes in the views she is expressing.

All this brings me to a comment from the Sydney Morning Herald today (21 Apr 15).

“The man chosen by Treasurer Joe Hockey to lead the review of the nation’s tax system has publicly criticised the British government’s “Google tax”, the inspiration for the Coalition’s looming crackdown on multinational profit shifting.

The article went on to say that Joe Hockey supported the “Google Tax” and that they were looking closely at what was happening in Britain.  Then came the part that got up my nose.

“Mr Jeremenko said his past statements were made when he was representing the Tax Institute, which favours the OECD’s proposed global plan to tackle “base erosion and profit shifting”. His statements reflected the position of the institute, not necessarily his personal views, he said.”

So here is a man who admits that he is willing to sprout any opinion regardless of whether he believes in it or not.  Having destroyed his own credibility why should any view he expresses in his new role be taken seriously?  So what are his personal views?

People hearing any comments expressed in the media need to look at where the comments are coming from.  They are probably going to hear a view that reflects the vested interests of the organisation making the comment.  A mining lobby group is going to tell us what is good for mining, not necessarily good for most of us.  Equally, a group representing unemployed, or Aboriginals or doctors is going to tell us what is best for that group.  We need to view the comments through the prism of the group making the comment. 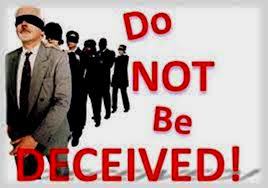 What Australia craves – particularly in politics – is people who express their own opinion.  What they believe in.  Not just express an opinion, but have a rational argument as to why they believe.

If you ask people to nominate the person in Australian politics they respect most, my guess is that Nick Xenophon would be near the top of the list.  From the batch of recently retired politicians, Tony Windsor stands out.  At State level, Mike Baird and Annastacia Palaszczuk probably rate highly.  People believe they are genuine.  They are prepared to tell it as it is.  Only time will tell if the trust is justified for the current State Premiers.

On the other side of the coin, Tony Abbott and his government have a reputation of duplicity.  Tell the punters what they want to hear to get elected, then do the opposite.  The public has lost trust in the Abbott government, and with that individual politicians have lost credibility.

It is easy to point out problems, but harder to find solutions.  The problem is that people use their position to sprout a view that benefits a vested interest group at the expense of the majority.  A view that only states one side of the argument.  A point of view that gets reported in the media as what we should believe.

Perhaps the solution is to give credibility to those that deserve it.  Take away the credibility of those who don’t deserve it.  When something is proven to either work or not, the media should be reporting who initially supported it?  Who was opposed to it?  What did people say the consequences would be and did it happen?

Here is an example.  About 12 months ago the concept of 1:30 lockouts was introduced to late night clubs and pubs in the Sydney CBD.  The results are just out.  Dramatic drops in arrests, hospital admissions and violence.  Opposed to the introduction of these laws were several organisations and individuals who said they would not work.  Not surprisingly, the Australian Hotels Association and other organisations with a vested interest were opposed.  They said the laws would never work.  Well they did.  So which news organisation is going to point out the lobby group’s lack of credibility?  Who is going to report the words used to oppose the laws 12 months ago?  This is not to pick on the AHA.  It is just to illustrate that each time the media report a point of view, they fail to point out the credibility of the person or party making the point.

I would like to open my newspaper and when the result of a particular change is reported, there is a section of who said what when the change was introduced.  Who got it right and who got it wrong.  It would be a start to make people with a vested interest, accountable for their opinions.