Around Easter of 1946, my parents, and another couple by the name of Peggy and John Jones in Brixton UK, celebrated in a “matrimonial” manner.  About nine months later, on 8 January 1947, I was born.  One David Robert Jones were born on the same day.  That was all we would ever have in common.

You see David Robert, changed his name to David Bowie and changed the world.  I just sat, admired, and was in awe of his creativity.  How could so much innovation come from a baby boomer?  We were the outcome of six years of fighting for survival.  Of our parent’s having friends and relatives slaughtered in a war.  The war, after the war to end all wars.  In a time of austerity, and up-tightness.  In a time so alien to where we are now that it is like thinking of medieval times. 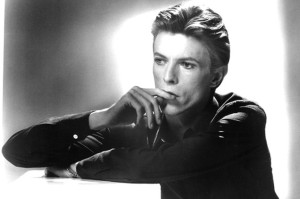 Did I change the world?

Growing up in the 50’s was like living under a blanket.  The pendulum had swung from the fear and uncertainty of war to the politicians promise of peace and tranquility.  People craved stability and a nest for the family.   Better times for all.  And David Bowie grew up in this cotton wool environment.  What made him see things the rest of us missed?  I will never get to ask him.

At first, to the general public, he seemed a little “out there”.  Yet there was something that drew some of us “out there”.  In the same way that Pink Floyd created “Dark side of the moon” and made music a new experience.  Songs were no longer something to sing along with.  They were a role play.  A voice from an alien creature.  From the thin white duke to Major Tom.

Bowie took us on thought provoking trip into the cosmic world of Ziggy Stardust.  Sort of camp.  Sort of druggy.  Sort of mind expanding.  Sort of nothing like we had ever experienced.  You wanted to get inside David Bowie’s mind.  To see, to taste, to smell what he was experiencing.  Surely it was more than just cocaine.

“Ziggy Stardust congratulates the supreme leader on his hydrogen bomb.  Hopefully he will soon establish if there is Life on Mars.”

Recently there was the Quentin Tarantino movie “Inglorious Bastards” and the song “Putting out fire with Gasoline”.  The movie was worth seeing just for the song and the accompanying scene.  A song, so long hidden, found an interpretation in a totally new and innovative way.  Bowie was once again, ahead of the pack.

People die.  Some believe they live again in another life.  Maybe it is also important to remember that they live again in this life.  The influence David Bowie had on performers lives on.  Some musicians and artists would not be where they are today unless Bowie had existed.  Every musician who creates his or her own music because of the influence of David Bowie, is David Bowie living again.  Every listener who hears a song that David Bowie wrote, Bowie performed, or Bowie influenced is living Bowie’s life again.

I did listen when he said recently that as we grow older, we learn to give up things.  Things like ego and craving for attention.  Things like material goods.  We become more interested in humanity.  I can relate to that.  Even now, he is saying things that are thought provoking for us baby boomers.

Perhaps, the most fitting epitaph to his life was the song “Heroes”.  After “Space Odyssey” this is probably his best known track.  In it he says:

David Bowie will never be a hero for just one day.  He will be a hero for a generation, and even generations to follow.  He has been, and will continue to be a giant of music.  Quitting this mortal coil will not diminish his influence.