Conceptually the idea is fine, but what happens when there are a multitude of views held by the electors.  Some want more health services, some less.  Some want alternative medicines subsidised and others want them banned.  Some are happy to pay more tax to reduce wait times in hospitals and some don’t care.  What is the elected representative to do? 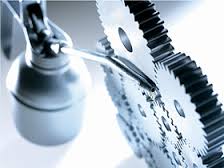 Part of the problem is our fault.  When was the last time we personally confronted our elected representative and demanded they continue to pursue the platform on which they were elected?  The only people the representative has to keep them honest in their own electorate are the party members.  The representative has to front up to party meetings on a regular basis and answer to the attending members.

All this is a preamble to an interesting point.  The more party members who actively support the party, the more honest the representatives are likely to be.  Although I searched, the most recent membership numbers I could find go back to 2013.  I would be surprised if they have increased since then.  They probably declined.

To put that into perspective, Collingwood Football Club had 76,000 and the MCG has over 100,000.  The RSL had 240,000 members.  So political parties don’t have many people actively involved.  There are 150 federal electorates.  If we take the 40,000 figure as a rough average, that means, there are around 270 members per electorate.  Assuming less than half are active, an elected representative is being kept honest by about 100 party members.

If I were an elected representative, my views are driven by the following.  What I believe in personally; what the party tells me to think; around 100 local party members who may, or may not have a representative view of the electors; getting re-elected; placating those who make the most noise.  It hardly makes this person the mouthpiece for public opinion.  We need to widen the pool of electors who are driving the views of the politician.

Are Labor and Liberal any different?  Well actually they are.  The situation I described above certainly fits the Liberals.  Placating those who make the most noise would tend to be business lobby groups rather than community based groups.  The Liberals have always been more responsive to commercial organisations than the general public.

On the other hand, one of the constant criticisms of Labor is actually a strength.  Labor is always condemned for being driven by the unions.  The unions exert undue influence over Labor according to the Liberals.  Since the unions represent their members who also happen to be electors, how is this not a good thing?  If the union view is a consolidation of the views of electors, I would hope that the elected representatives within the Labor party would listen.  The unions are a bonus for democracy.

If the Liberal Party is responsive to business views, how is this positive?  Last time I checked, businesses didn’t have the vote.  Nobody asked the business lobby to determine what is best for Australia.  The vote is compulsory for all Australian citizens over 18, not for all Australian citizens over 18 plus registered companies.  A business is set up to make a profit within a certain framework of rules that electors have decided is fair.  Through government the voters should set the rules, not the commercial entities.

There is much more opportunity to have the electors put pressure on the elected Labor representatives, if the union becomes an amplification for the voter’s views.  The Liberals are missing the structure that connects the electors with the politicians.

Think of union members as voters who want to keep pressure on Labor to do what they were elected to do.  Unfortunately for Liberal voters, they have no mechanism to keep their elected representatives honest.