One of my favorite authors is Hugh McKay the social researcher.  The reason I like reading his material as he often makes you look at something in a different way.  One memorable passage concerned a mother who has just washed the floor.  Her son walks right across the wet floor leaving footprints and mud everywhere.

What Mum says is “What are you doing? Don’t you know I slave all day to make the house clean?  You show no consideration and don’t think about what I do for you…..etc.” You get the picture.

What the son hears is “Here she goes again.  I wonder what it is about this time? Blah, blah, blah.  Always on my back about something.”

How many of us have taken part in that, or a similar conversation and wondered at the lack of response?  Just a different way of looking at things.

I wrote in a previous post about the fact that the Labor party should be promoting the engagement with unions.  Union members are also voters. Think of union members as voters who want to keep pressure on Labor to do what they were elected to do.  Labor should treat it as a positive when the Liberals raise union affiliation with Labor.  So I thought I would see if we can turn some other points of view around.  Here are some quotes for the Labor Party. 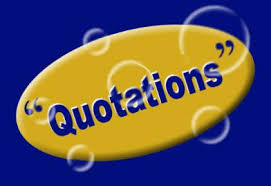 The latest news is that Labor is promising more expenditure than the Liberals.  Turnbull and Morrison will want to turn this into a negative.  So how should Labor respond?

“Of course we are spending more than the Liberals.  We are not giving tax cuts to big business.  We are saving money by removing negative gearing.  We have more to spend.”

Another line of attack by the Liberals is that they will have less deficit at the end of four years than Labor.  Here is another line for Labor.

“Everyone knows you have to spend money to make money.  We will invest more in stimulating the economy over the short term so that everyone will be better off in a few years, and the tax take will increase.

If wages are up, we collect more tax and can run down the deficit sooner.  The Liberal approach is to just keep squeezing.”

I see the “Jobs and Growth” mantra as another opportunity.

“When Malcolm Turnbull says “Jobs and Growth” what he really means is more low paid jobs, and growth for big business profits.”

The banks royal commission seems to have slipped off the radar.  I would have thought this was a really powerful policy that should be pushed. 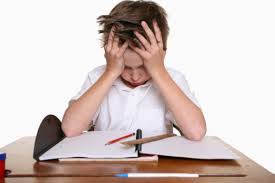 The Gonski funding model is probably not well understood at the detail level, but generally seems like a good thing.  Another strength to Labor.  The trick is to make it relevant to those who may not be directly involved.  Spread the importance beyond those who have a child at school.

“Remember when you were at school.  Remember the kid in your class who was one step behind the rest in year 1 and 2. By the time they got to high school, they just faded out of sight.  Their life never reached it’t full potential because they were on a slippery slope from kindergarten.

That is what Gonski is about.  Getting them off the slippery dip.”

“Outsourcing Medicare payments. Is anyone seriously telling us there will be no bonus built into the deal if they pay out less money? Tell ’em they’re dreamin'” 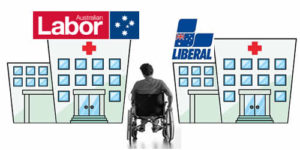 “Imagine this.  There are two health systems.  One is run by Labor and one by the Liberals.  You have a major health issue.  Which system would you want to treat you?”

On the concept of budget deficits.

“Most parties have got it wrong when it comes to deficits and surpluses.  The Labor party are included in this.  During a period of surplus as we had in the Howard, Costello years the government should be squirreling away as much as it can to provide for the lean years.  The government should not be giving out tax cuts and pork barreling.

If they do this, during the lean years, the government has money to spend to stimulate the economy.  That is the time to build infrastructure and provide jobs.  When interest rates are low, borrow the money to fund new roads, bridges, hospitals and employment.  When the wheel turns, let private enterprise provide the jobs, and put tax revenue into paying off the debt.

The government should be a counterweight to the economic cycle.  It is there to balance out the ups and downs of the economy. It is short term thinking to spend when you have the money and squeeze when you don’t.

“Malcolm Turnbull is an intelligent man who has a degree of charm.  He provides a certain comfort factor.  The problem is, you are not voting for Malcolm Turnbull.  He is not the decision maker.  He is PR front for the Liberal party.  He cannot say or do what he has previously said he believes.  He says and does what the right wing conservative power structure tells him to do.”

“The Libs elected Malcolm Turnbull to lead them because he is a good salesman.  The problem is that what he is selling is not what he believes in.”

I could go on, but I hope I have made the point.  If Labor is to turn the tables in the next few weeks, they need to read people a different story.  One that convinces them that it is in the best interests of the country to vote for Bill Shorten.  Anyone got any other lines they can use?