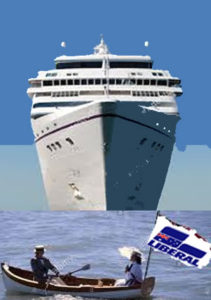 Labor needs a Tampa moment to win the election. Remember when John Howard turned around his campaign with the Tampa crisis? I hope Bill Shorten has one up his sleeve.  If not, here are some ideas.

The Medicare scare campaign shows that Labor has learned a lot about campaigning from previous elections.  Medicare sucked the life out of anything the Liberals had to offer during the last week.  Turnbull was on the back foot for a week.  Bill Shorten knows he needs to keep up the pressure.  More than that, he needs to find a crisis like the Tampa that won John Howard an election.  They need to find a bonus in the last week that swings the pendulum in their direction.

Imagine this.  In the next day or so, a scandal erupts in the financial sector.  Maybe a whistle blower comes out with a bunch of emails detailing another collection of dodgy financial advice.  Labor reiterate that they have already announced they will hold a royal commission but Turnbull sees no need to investigate the banks.

Liberals are on the back foot again saying they continue to see no reason for a royal commission.  If they change their mind and support a commission, they are hit with “I told you so”.  The Labor Party was right all along.  I think the current political term for this is “wedged”.

If no new scandal were to emerge how about a series of adverts featuring people who have been screwed by the banks.  Point out that Labor will introduce a Royal Commission within the first 100 days and the Liberal Party think there is no need.

Another possibility for a Tampa moment is in the so called “illegal” immigration.  I can see that Labor will not back down on stop the boats because it would be a free kick for Turnbull.  There is another approach however to part two of the problem.  Nauru and Manus Island.  Resurrect the Malaysian solution.  Remember that one.  Arrivals by boat are shipped to refugee camps in Malaysia and in return we increase our refugee intake from Malaysia. 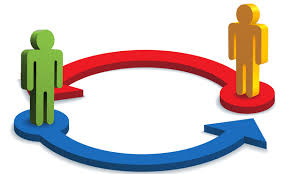 Suppose Labor said that if elected, they would do a two for one swap with Malaysia or some other country with a humane refugee policy.  We take two refugees from the waiting list in Malaysian refugee camps for every one refugee they take from Manus or Nauru.  It solves the detention camp issues on Manus and Nauru and brings in refugees through an orderly process from Malaysia.  No benefit to the people smugglers and no incentive for more boat arrivals.  In addition, we save billions in supporting the two detention centers.

What are the Liberals going to say?  The previous attempt in the Rudd/Abbott era was condemned by Liberals because Malaysia was not a signatory to the UN convention on refugees.  Are they seriously saying refugees would be worse off in Malaysia, or some other country than in Nauru?  Not the ideal solution, but one that can advance Labor and help them win government.

I must be missing something.  The Liberal government is to hold a plebiscite on gay marriage, where we already know the result, but the results are not binding on government.  Then they want to ignore the plebiscite and hold a conscience vote on the legislation.

Turnbull says he is only doing it because it was a caucus decision during the Abbott reign of terror.  So a decision taken by a government under a different PM, and the government has now been dissolved,, cannot be changed?  Sounds like a pile of bovine excreta if you ask me.

So Labor should think of something really, really popular to do with the $139m the plebiscite will cost.  I don’t care if it is saving fluffy kittens in RSPCA shelters.  It would win over all the cat lovers and half the YouTube community.  Probably should be a bit more important though.  Something to do with hospitals or education.  Challenge the Liberals to decide what is more important.  $139m to fund more staff in emergency departments, or $139m to hold a plebiscite where everyone knows the answer, but the result is still not binding on the party.

So there are opportunities to pull a Tampa out of the hat.  Maybe the Labor strategists are already across it.  If not, here are some ideas they can use.