Let’s start with this premise. Businesses exist to make money for the shareholders. If anyone says anything other than to make money, get out your bullshitometer.

The concept of companies goes back to the Dutch East India company in 1602. It was the first public company formed to make money for shareholders. For 400 years companies have been trying all sorts of things to improve shareholder profits.

Companies like to dress up their caring nature with terms such as “social responsibility” and “concern for our employees” but the bottom line is, given a choice between profit and people, it is no choice. Profits win every time. Treating employees and customers well is not about acting in some sort of ethical way. It is about getting loyalty and dollars from the consumers. It is about good PR. It is about fabricating a reputation as someone you can trust. Sometimes smaller companies may treat employees well and provide opportunities for them however generally, most big business is about the money. 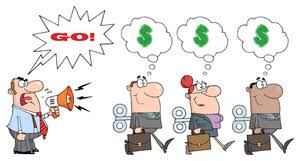 It is the duty of the Board to maximise business profits within the constraints of the law, and socially acceptable practices. Both constraints get stretched on occasions.

So where is this leading? Companies use resources to create something that will make a profit. Manufacturing turns raw materials into finished goods. Farming uses land to produce crops. IT companies turn technology into sales. All involve people. But people bring with them costs, and costs reduce profits. There are a set of scales. Reduce the cost of people, and increase the profit.

Move on from 1600’s, when Dutch East India company started, to the 1700’s. How to reduce the cost of people. Slavery seemed like a good idea. Cost per person is reduced to the expense of keeping a person alive. Cheap labour equals bigger profits.

All through the history of the world, there has been this niggling anti-exploitation sentiment. Maybe it is as simple as “what if this was happening to me?”.  The general population becomes uncomfortable with the exploitation of other individuals. Call it fundamental instincts; call it ethics; call it Christian values. Whatever you call it, it can often be an impediment to increasing business profits.

Eventually, there was a reaction to slavery. In 1772 in the UK the anti-slavery movement began. It took a few decades until, Parliament passed the Slave Trade Act of 1807, which outlawed slavery. Even then it took a few decades to stop slavery. In the US it took a civil war in 1861-65 even though the first state to abolish slavery was Vermont in 1777. Business still had to find cheap labour.

Evolution had a long way to go. There was child labour. There were unsafe working conditions. It was 1833 before the public conscious forced companies to get rid of child labour. Business once again had to find other cheap ways of paying employees.

A GIRL PUTTER Wearing a harness whose chain passes between her legs, a girl on all fours pulls a laden ‘hutchie‘ through a low gallery, for 100-200 metres Date: 1842 Source: ‘Magasin pittoresque‘ (1843) adapted from official report on the Condition & Treatment of Children in the Mines

Unsafe conditions were the next hurdle to employers. Conditions in developed countries such as the UK, US and Australia were pitiful. From working down mines and dying of respiratory disease to slaving away in factories for 14 hours a day sewing clothes. The power was in the hands of the business owners. As an individual, to survive, you needed money to buy food. To get the money you had to take whatever work was available, regardless of the conditions.

Come the 1800’s and workers decided to fight back. In 1810 the first trade unions started to appear. Workers had little influence with employers unless they united and spoke with one voice. At the core of the movement was a single question. If employers have the power to dictate how I live, how can I get a voice strong enough to say you need to listen to me?

The balance finally and inevitably shifted as it had done through time. Inequality has a habit of collapsing. Sometimes it takes decades or even centuries but the pendulum eventually swings.

Conditions improved for the workers. Wars intervened through the 20th century but things improved largely due to the unions.

The pendulum, however, started to swing too far towards the unions. Companies were starting to be held ransom by the unions. There were jobs that were not required; surplus workers that could not be removed; practices that were inefficient. The term “featherbedding” described conditions forced on employers which were excessive.

So what would you do if you were an employer focused on bigger profits? Destroy the unions of course. The time was ripe in the 1980’s. Time to move on from the union/employer confrontation. Enter “Enterprise bargaining”.

Like many new concepts, it was formed around a valid premise. Not all companies and/or all industry are equal. We should not have to impose an industry solution on every company in that industry. Let the employees in each company decide on a remuneration arrangement that suits this company. It seems to make sense.

The underlying tactic was divide and conquer. Break the union down into small groups and knock off one at a time. On another level, the unions had developed a sophisticated understanding of the industrial agreement. Now it was up to a group of workers in a single organisation to negotiate. They did not have the expertise to understand what they were asking to agree to. The pendulum swung the other way. Employers won over time. Union numbers started to dwindle. 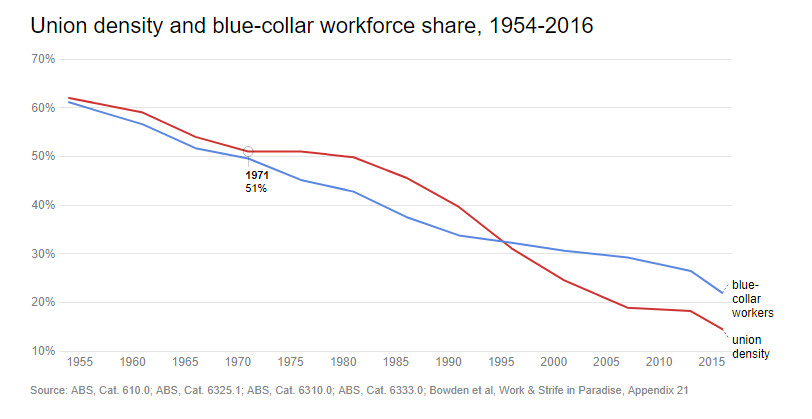 But still, there was the drive to reduce wages. We moved into a period where the term “redundancy” started to be heard a lot more. Restructure the organisation and cut down the numbers. This had two direct impacts. Firstly it put people out of work. Second, it sent a strong message to employees that jobs were not secure. 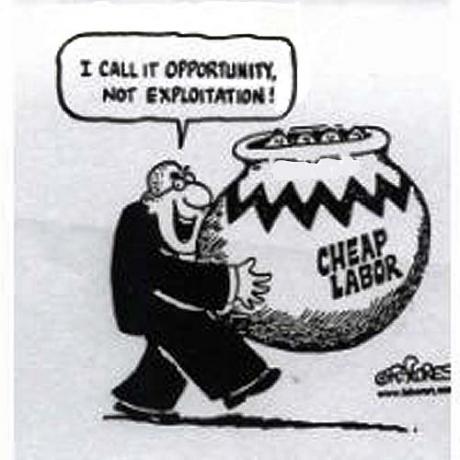 The latter was both insidious and long-lasting. The more workers felt insecure, the more they lost interest in being loyal to their employer. The less loyal that employees became, the less companies were prepared to invest in each employee. Why spend money developing and training an employee if they were likely to leave? Mutual trust was on a downward spiral.  The term Human Resources literally means humans are resources just like money, materials and factories. They are just another cost to be managed.  Don’t bother with the term human resources. Call them live assets.

Move forward to 2017. How do you efficiently manage these human resources? Here are some examples.

The one I find most galling is the concept of “Internships”. Take someone who may have just gained a degree, and give them work for three months at no pay. All in the name of getting experience. No job promise at the end; no guarantee the intern will not be replaced by another intern after the period is up. Did someone mention slavery? I thought that was abolished 200 years ago. An internship is just a form of white-collar slavery. 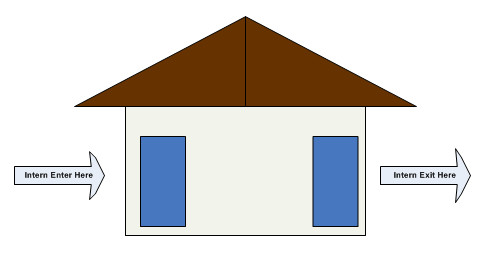 How do governments allow this to happen? Can they not see the long-term damage it will cause to the workforce?  They could step in and legislate against the work for nothing jobs. They could subsidise internships. They do nothing.

For someone who has struggled for three to five years getting a degree, to be told you have to work for nothing before you are employable is heartbreaking. It is immoral; it is discriminatory; it shows a complete disregard for the dignity of work. It is a threat to Australia’s social work ethic. It drives organisations further down the mutual trust spiral. All for short-term gain.

I started by saying businesses exist to make profits. What constrains how much profit they make are the laws of the land, and what society will let them get away with. Aside from the Unions, who is standing up and saying “This is not acceptable”? Who is saying”You cannot treat humans like resources”? Who is saying “If you mistreat your employees, we will not buy your goods and services”? The unions want us to boycott Streets for cutting the pay of 140 employees by up to 46% but who is listening?

Those hardest hit are the ones getting into the workforce, returning to the workforce, or with fewer qualifications. Next time you hear about a company reducing their workforce, or cutting penalty rates to improve dividends, don’t rush to your stockbroker to buy shares. Think about your children or grandchildren. Think about family members returning to work after raising a family. Think about less skilled people working on low wages who are about to take another cut. Tell your stockbroker to sell their shares. If enough of us do it, the message may get through.