If I were to say that democracy was in danger of collapse, that dictators would emerge over the next few decades would you say I was deluded? Many would. Maybe I am. The niggling problem is that there are signs democracy is imploding. When a form of government implodes, it can happen very quickly. Here are some examples.

Around 615 BCE, the Assyrians ruled much of the middle east. Within about 5 to 10 years, the Persians rose to power under Cyaxares the Great. Nobody thought the Medes as they were at the time, were contenders. They were just one of many tribes. Historical records don’t exist to tell us the how or why the Persians arose and the Assyrians all but disappeared. It is still a mystery.

The Byzantine empire struggled on for five decades until it collapsed in a short period of time around 1453 AD, to the Arabic forces. The decline was evident in retrospect, but the end was swift.

In the late 1940’s, Hitler took Germany from a republic to a dictatorship in five years.

In more modern times we have seen the Arab Spring. Sadam Hussain was gone overnight, and a different form of government implemented. Mugabe ruled for years in Zimbabwe but in a week, he was replaced with a military government.

Imagine we are fifty or a hundred years in the future looking back at the last few decades leading up to today. How would it be described?

In the period 1980 to 2020 most democracies struggled. They had become bogged down in attempting to control everything by law.  Nothing could proceed. Every decision requiring social change, was subject to organised resistance. Little social change happened. In Australia, something as straightforward as marriage equality took a survey costing $150m. The survey delivered a known result. That had to happen before the law could be enacted.

Instead of ruling the people, political parties saw themselves as warriors fighting their political opponents. Change could wait until after the war. In America, it was Republican v Democrat. In Australia Labor v Liberal. Just like a war, there was collateral damage. In this case, it was the people. Screwing the opposition was much more important than compromising with your opponent to make a beneficial change. 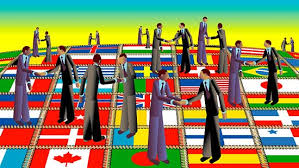 Governments external focus was other countries. They missed the influence of multi-nationals either through ignorance, or inability to influence non-government powers. They failed to see that multi-nationals would eventually have far more power than individual countries. This was in spite of the evidence. In 2010, if Wal-Mart had been a country, its revenues would have made it on par with the GDP of the 25th largest economy in the world. It was larger than 157 countries.

By 2010 the people had become restless. They wanted a governing body who would improve their lot. The growing inequality, the profit-driven power motive of large companies, the blatant tax avoidance of the rich and the lack of opportunity for their children was fertile ground for exploitation. The expectations of the people were evolving but the politicians were not keeping up.

Some of these people were elected to high office. Donald Trump is the best known. The focus should not just be on national leaders. All the way through the different levels of political and bureaucratic, the ‘saviours’ as we now call them, were appointed to positions of power.

By 2020, it was evident the ‘saviours’ had not worked. People wanted another solution. Their personal circumstances continued to deteriorate.

Many people were starting to see a model in China.  The benevolent dictator. Someone who had the power in Xi Jinping and used it for the betterment of the people. The voters in many so-called democratic countries, shunned the existing political structures.

There was also talk of the Macron model in France. Macron was elected President in 2017 but did not have a political party. He formed a party and won government. Progressives said, “Let’s find a leader who can make things happen, then let them form their own party.” In essence, an abdication of the democratic process.

If we look at the leaders in democracies where this occurred, you can see recurring themes.

One of the early examples was Rodrigo Duterte in the Philippines who was elected on the promise that he would kill drug dealers. He suspended judicial procedures and killed hundreds – many of them had nothing to do with drugs. The people gave him a mandate to kill people and not be held to account.

It is interesting to see where these charismatic leaders came from. Many of them came from a business background. They had been CEOs of major corporations. Their charisma had got them to the top of the tree in the multi-national and they jumped into a more nationalistic role. An early example was Trump himself, and his appointment of Rex Tillison as Secretary of State after leading Exxon. Neither man’s governmental role would change their belief in the destiny of business. 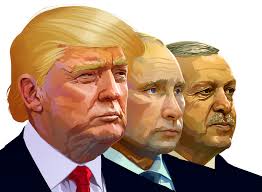 So we live in a world today where international corporations have more power than most governments. What is good for business, is good for government. If a dispute between countries threatens profits, that dispute has to stop. If laws in one country threaten labour rates in another, the law must be repealed. If development is constrained by regulation, the regulation must be removed.

New laws and changes to the law are seen through the prism of business indoctrinated politicians. They believe the power of the political system and judicial system has to be tempered to not adversely impact corporate profits. They tell us authority must be given to those appointed, in order to crash through the traditional barriers. In order to move forward, we must adopt autocracy.

The people have been conditioned to see that electing politicians is beyond their ability. All they did in an election was vote in a  popularity contest. The popularity winner is not necessarily going to lead a team who can best improve the lot of the voters. Best to pick a single leader who you trust will do the best for you. Let that person pick their own team. Voting for the whole government team is old politics. Just vote for one person.

Who knows. One day we might even find a better way than a common vote to pick that leader.

Could this happen? It has before. It is happening now. Our short-term view of the world can obscure the big picture. Democracy is eroding. We have moved to stage one where the saviours are starting to appear. It is not just Trump. Was Turnbull not going to be the saviour of Australia? The moderate left-leaning member of the right-wing party. That has been a failure.

The clock of democracy for the world is running down. Imagine some charismatic leader appeared. A Braveheart with a touch of Bob Hawke. Not aligned with any party. What would we voters be prepared to give up to have that person take over as President or Prime Minister?