What a great idea.  Bring the universities kicking and screaming into the real world of business.  Make them earn their living.  Why even some of the universities seem to think it is a good idea too.  What a brilliant government those Liberals run.

There is one silly, philosophical question though:

“Should education be a commercial operation?” 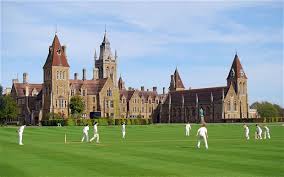 It is not as though we don’t have some experiences to go by.  We can start with schools.  We have the public system which strives to give equal education to all.  If Gonski had not been scrapped by the Abbott government, it would be doing a good job of achieving that goal.  On the other hand we have the private system.  You get what you pay for.  Very commercially oriented.  Pay a lot of money, and your kids not only get a basic education.  They get to do it in superior surroundings.  They get to travel overseas on study tours.  They get the best teachers money can buy.

Sounds like the commercially oriented private schools are distorting the playing field.

So perhaps we should look at another shining example of commercialising education.  Most state governments have privatised the tertiary education area.  The most recent fallout from that was massive cuts to TAFE in NSW.  The cuts are not only to staff levels, but also to the length of courses, and the number of courses offered.  It just doesn’t make commercial sense to run a trade course in a country area if you only have half a dozen participants.  Better to cut the course and provide the teacher with the opportunity to “explore other opportunities”.  So maybe those half a dozen students take up another career.  In twenty years time the public will be lamenting the lack of a particular trade skill because the opportunity to educate future tradies was not a commercially viable option to a cash strapped training facility in 2015.

Maybe we should look at private training collages.  Overseas education was a boom market a few years back.  Unfortunately through a combination of a rising Australian dollar, and the GFC, the market crashed and many training companies folded.  In the process, some students were left with half completed courses they had already prepaid.  Others found the achievement of a diploma or certificate did not provide them with the skills to get a job in their chosen field.  Other trainers were found to be ripping off the system by pushing people into courses that were subsidised by the government, then dumping the students before they completed the course.  In terms of overseas students, there was no equality.  The only overseas students who could participate were those who could pay.

It was all about the money.  It was not about providing practical training to prepare the person so that they could move into the workforce.  And what happened when the market crashed?  The training companies went running to the government to help them out.  Forget the money they had made in the good times. 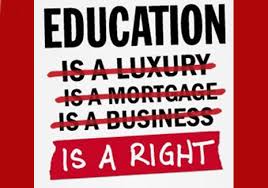 Now universities, in collusion with the government, want to set their own fees.  Pay X and get a degree at a lesser known university.  Pay 2X and get a degree at Sydney or Monash.  Where will that lead?  Universities with more money get to buy the best of lecturers.  They get to drain the other universities of their key talent, and consequently the quality of the teaching will decline in those universities.  This leads to a two tier (or maybe more tiers) university degree.  To a certain extent it does exist now, but allowing the power of the market to rule will only accentuate the situation.

On the other side of the coin, it makes students think about how much they can pay for a degree.  Many will be forced to minimise the cost because of their personal or their family’s financial situation.  Hardly equality of education.  More like you get what you can afford to pay for.

Going back to my original question, “Should education be a commercial operation?”  My answer is definitely not.  Education from pre-school to PHD is something that should be encouraged and applied with equality.  Governments have the responsibility to provide education and encourage further education.  It is not just an obligation with humanitarian roots.  It is an obligation to the future development of the nation.  Without a properly educated generation coming through, Australia will slip economically.  For every dollar invested in educating a person, the payback to the government is several dollars over the years.  This is the long term view, but unfortunately most governments think only as far as the next election.

One final point.  A hypothetical.   Let’s assume there was no private school sector.  Everyone went to a public school.  Along came a group of organisations who said they wanted to open private schools.  Those parents who could afford to pay could choose to send their children to these new schools.  The students would have better facilities and be better educated.  They would draw their teaching staff from the cream of the public system.  You can play God for a day and have the power to say “Yes” or “No” to the proposal.  What would you do?