Turnbull arrived like a messiah. A rock star. The Dali Lama.  A year down the track he is just another PM struggling to win an election.  What happened?

The answer is “lots”.  Let’s start with what people expected.  To say the general public is disillusioned with politicians is like saying if I stand in the rain, I might get wet.  Politics has descended to the gutter, and is desperately searching for the storm water drain.  The generic approach when a politician is asked to give an opinion is to find out what your opponent said, then say the opposite.  Credibility went out the door just after morality and honesty.  Good news is what our party is producing and bad news is what the opposition brings. 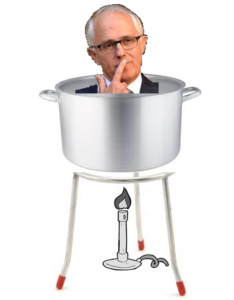 Before he became PM the public saw Turnbull as an honest, intelligent person who held views broadly in line with them.  He was not the typical politician.  He brought hope.  Unfortunately, when he arrived, all the expectations failed to arrive with him.  Things like marriage equality, the republic and climate change missed the Turnbull train.

He had a successful career in business which was seen as a portent for being successful in government.  We need to understand why this is a false indicator if we are to understand the failed experiment.

Someone who rises to the top of a merchant bank, or starts a successful company has the autonomy to surround themselves with the most talented people they can gather.  If someone does not fit the mold they are “moved on”.  That is not to say that person is not skilled, it is just that they don’t fit the culture and structure of that particular organisation.  A CEO can make an organisation in his or her image given enough time.  This is particularly true if it is your own organisation.

An interesting indicator of where Turnbull thrives is that in his earlier career, he was selected to defend Kerry Packer against accusations from the Costigan Royal Commission.  Packer was an autocrat who surrounded himself with people who would take no prisoners.  Turnbull’s reputation seems to be built on going after what he wants with a steely determination much like Kerry Packer.

Now we come to running a political party.  There is limited opportunity to select like minded individuals who will support your directions.  This fails on two fronts.  Firstly, the people you have to work with have been sent to you by individual electorates.  You didn’t select them, and you can’t change them.  You are supported by a bunch of people who you might never have selected in a business environment.

Secondly, you cannot set your direction in an autocratic sense.  The direction you take is a watered down direction.  A direction arrived at by trying to be all things to all people and get elected again in three years.  It is a mishmash consensus developed by people of vastly different perspectives.  Your role is not to set the direction.  Your role is to promote the direction.  Is Malcolm Turnbull suited to being a consensus manager?  His background would not indicate he is.  He is more the autocrat.  Rudd tried the autocratic approach and look where it got him.

An interesting parallel is to look at Hawke and Turnbull.  Both came from a successful career outside politics to be PM.  Both were highly intelligent.  The difference was that Hawke had a management style that  was built around massaging people around to his point of view.  Whilst Keating was the economic driver who knew what he wanted, and took a crash through approach, Hawke did the selling.  Hawke worked patiently to bring everyone on board.  The goal for Keating was to float the currency.  The goal for Hawke was to convince everyone the currency should be floated. 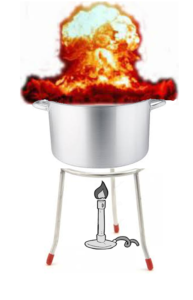 Turnbull is a bit like Keating in his approach, but smart enough to know he will be out the door if he forces his opinions on the Liberal Party.  He has to choose between being PM and doing nothing, or doing what he has personally promoted over the years and being rolled.

Turnbull resorts to the charm factor.  He tries to be Mr nice guy to the voters, and hope they elect him because he seems a good bloke.  Unfortunately the closer he gets to the election, the more he seems to becoming Tony Abbott Mark 2.  He is leading a scare campaign against Labor.  They hate business. They will destroy jobs and growth. Don’t vote for independents less we return to a hung parliament.

The “narrative” as Paul Keating called it is missing.  What will Australia look like under a Liberal government?  How do we get there?  How do tax cuts for small business lead to jobs and growth?  What sort of tax changes will lead to what sort of society?

On the other hand, Shorten has delivered the narrative. Those squeezed out of the home market can buy a house if we cut out the investors by removing negative gearing.  In addition we can add more stock by making negative gearing only apply to new houses.  We can reverse the decline in our education and ensure our kids will have all the skills they need to get a good job if we continue to support Gonski.

Contrast this with Turnbull.  Innovation is the way forward, but let’s gut the CSIRO.  Let’s not support Gonski even though there is almost unanimous support from the educational establishment that it will improve our potential for innovation in the future.  Make States responsible for collecting tax for education and the Federal government supports private schools?  How does that work?  We want to stop the impact of climate change, but don’t have a real plan that people can understand.

It is like buying a three year holiday package to nowhere.  Just trust me.

So here we have a Prime Minister who is unsuited to the job.  Probably very good as a merchant banker where he has a high degree of autonomy.  Out of his depth running a political party where you have to sell a consensus direction.  Often, one that is totally different to the direction you believe in.

The irony of the situation is that the values held by the Labor party are probably much closer to what Turnbull really believes.  If he were leader of the Labor opposition, he would probably be much more comfortable selling policies he honestly believed in.  Now he just looks uncomfortable pushing false concepts and scarring the punters.